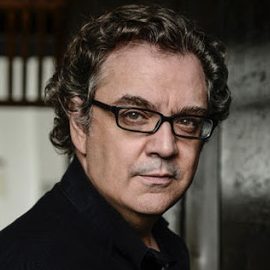 Vincent Degiorgio is the CEO of Cymba Music Publishing.

His company, Cymba, is an acronym for ‘Crushing Your Music Business Apathy is one of the most pro-active, creative music publishing entities in Canada. With unprecedented global reach and a focus on the international market for recorded music and synch, it is home for writers and artists such as Monowhales, Keshia Chante, Talltale, Barbra Lica and Rachel Cousins.

Songs written Cymba’s songwriters have been recorded in over a dozen languages and synchronized around the world. Cymba’s writer/producer roster includes Daniel Adams and Davor Vulama. Aside from being president of the company, Vincent is also a songwriter. His work with Dutch pop star Caro Emerald recently eclipsed the two million album threshold. He has also co-written seminal classics like Love Inc’s “You’re A Superstar”. He most recently wrote four songs with Juno nominated Matt Dusk on his “Jet Set Jazz” album.

Working on the major label side as an A&R executive at RCA Records Vincent signed N Sync to the label.

He is currently on board of the Canadian Songwriters Hall of Fame and is the current chair of Music Publishers Canada.