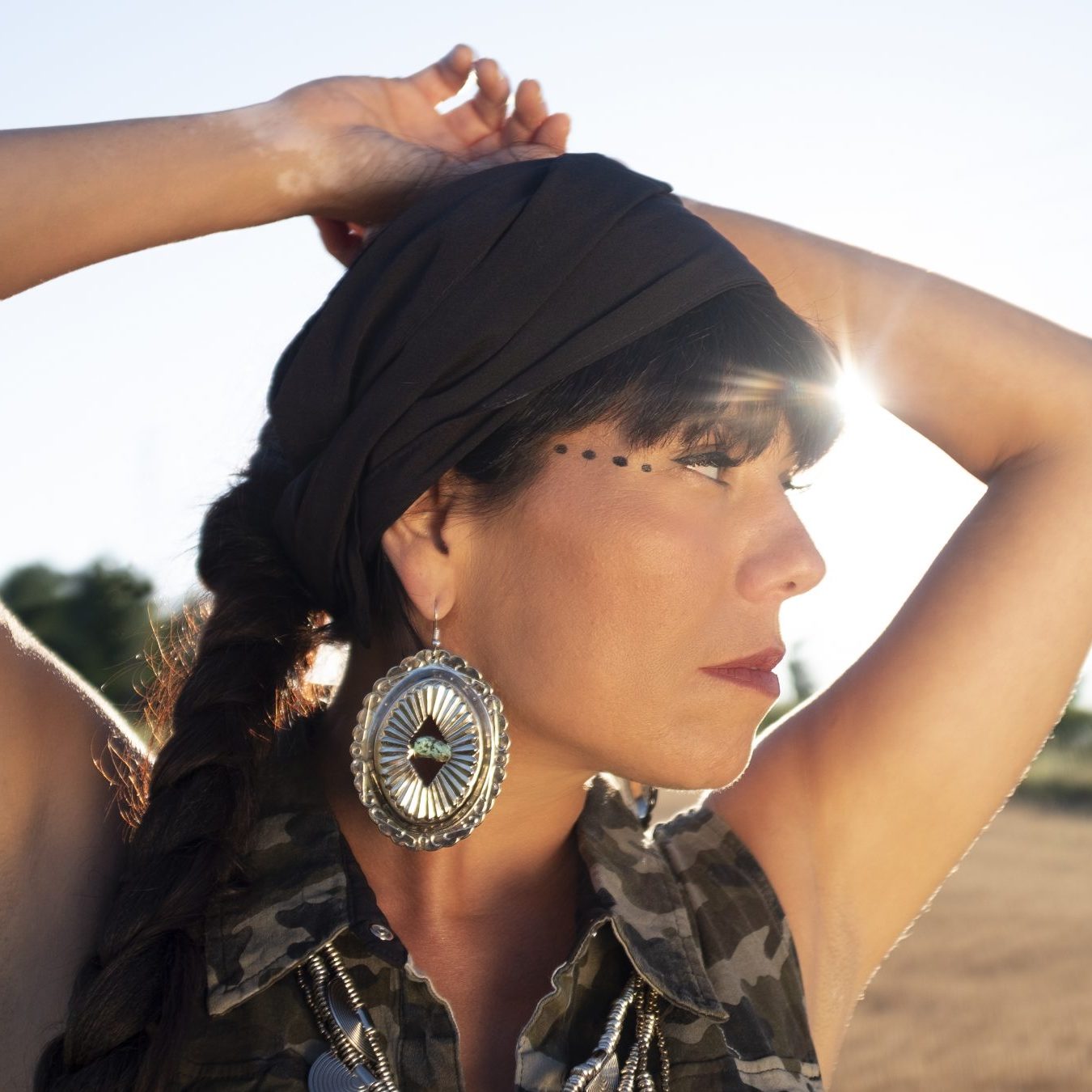 ShoShona Kish is an Anishinaabekwe community organizer, producer, activist, songwriter and JUNO award-winning touring artist. This year ShoShona was awarded the Spirit of Folk Award at the International Folk Awards in Kansas City and was recognized by the Berlin based WOMEX organization for her work internationally with the prestigious  Professional Excellence Award, “for her role in the ongoing revolution of upheaving Indigenous communities and their culture – using the medium of music as an agent of change, to awaken our humanity and help us connect”.

ShoShona leads the multi-award-winning band Digging Roots, with her husband, Raven Kanatakta. Their music breaches categorization, seamlessly blending global and traditional Indigenous sounds with roots, blues and soul. They have brought their unique musical marriage of unvarnished truth and unconditional love to venues and festivals around the world.

Like her music, ShoShona defies colonial definitions, constantly subverting any attempts to put her in a box. She is guided by both curiosity and purpose, openly exploring topical, inspirational and often uncomfortable issues, treating music as a call to action.

ShoShona serves as President on the Board of Directors for Folk Music Canada and is a member of the Music Canada Advisory Council and she is the Founder and Producer of International Indigenous Music Summit.

She is an on-air contributor to CBC Radio’ s national arts and culture magazine q and was the host of the 2018 Maple Blues Awards and the National Arts Centre’s celebration of Indigenous women in music Anishinaabekwe. As an artist and curator, she has collaborated on a wide range of projects at home and abroad with the likes of Canada’s National Art Centre, the Women of the World Festival and the Sydney Opera House.

Currently, she is taking a break from international touring with Digging Roots. Their highly anticipated new album, “ Zhawenim ” is due later this year. Which translated from Anishinabemowiin means “Unconditional Love”.