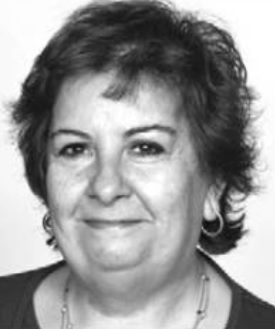 So it is that the recipient of this year’s Rosalie Award honouring women in radio is an enthusiastic executive and part owner of four of ERG’s stations – and she cares.

Laurignano has fostered talent in the Canadian music and broadcasting industry. She has helped administer ERG’s $10 million-plus in direct contributions to Canadian artists, and has worked to provide them with indirect contributions such as airplay, on-air mentions, and performance opportunities.

Carmela is also a dedicated mentor to the next generation of broadcasting professionals. She introduced an internship program at ERG, and has helped to set up four separate ERG broadcasting endowments at Canadian universities and broadcasting schools.

And she made history as the first President of Proud FM, the world’s first gay-formatted radio station. It underlined the expansion ERG underwent from her debut in 1993, when it had one ethnic station (CIAO-AM Brampton) and an equity interest in CING-FM Burlington.

ERG now has 19 stations across four provinces, serving major, medium and small markets in a wide variety of formats. “Starting a radio station is like giving birth,” she says. “In the case of Proud FM, there was no template. “You need a vision, openness and faith in the people you’re working with. I believe in broadcasting from the street up.”

Laurignano got her first taste of street-conscious broadcasting at the multilingual CHIN Radio, run by the late Johnny Lombardi, one of broadcasting’s legendary characters. There she went from a part-time student to a Sales Assistant, Sales Manager, and, notably, Vice-President of Sales, Marketing and Promotions. She was among the first, if not the first, woman to hold a VP position at any radio broadcasting organization in Canada and was one of the youngest Vice-Presidents in the Canadian radio industry at the time.

Outside of ERG, she serves as Secretary of the Canadian Association of Broadcasters Board of Directors, and is a board member for not-for-profit organizations, supporting community programs and partnership initiatives between business and organizations.

Laurignano believes a broadcast licence comes with social responsibility. “We have a duty to foster and create inclusive environments,” she said in her acceptance of the 2011 Trailblazer Canadian Women in Communications Award.

“We’re all stronger when we embrace and celebrate our differences, whether they’re cultural, linguistic, sexual-orientation or physical. Everyone has a right to be included.”

Find out more about the Rosalie Award. 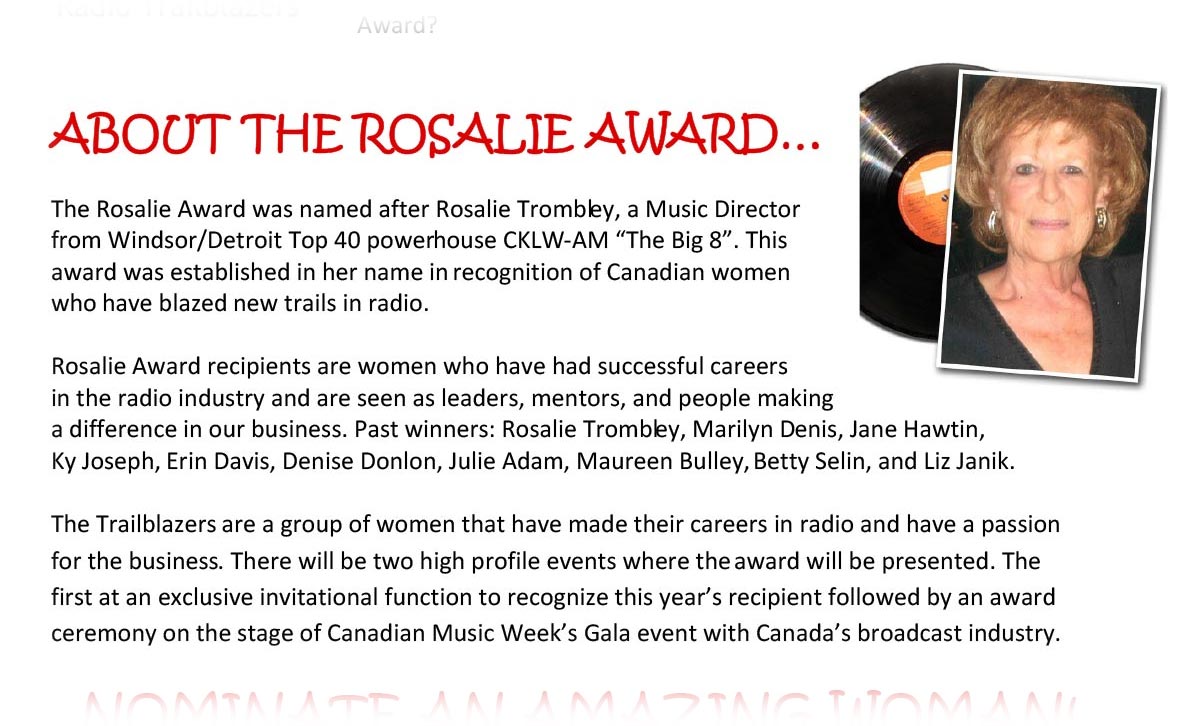