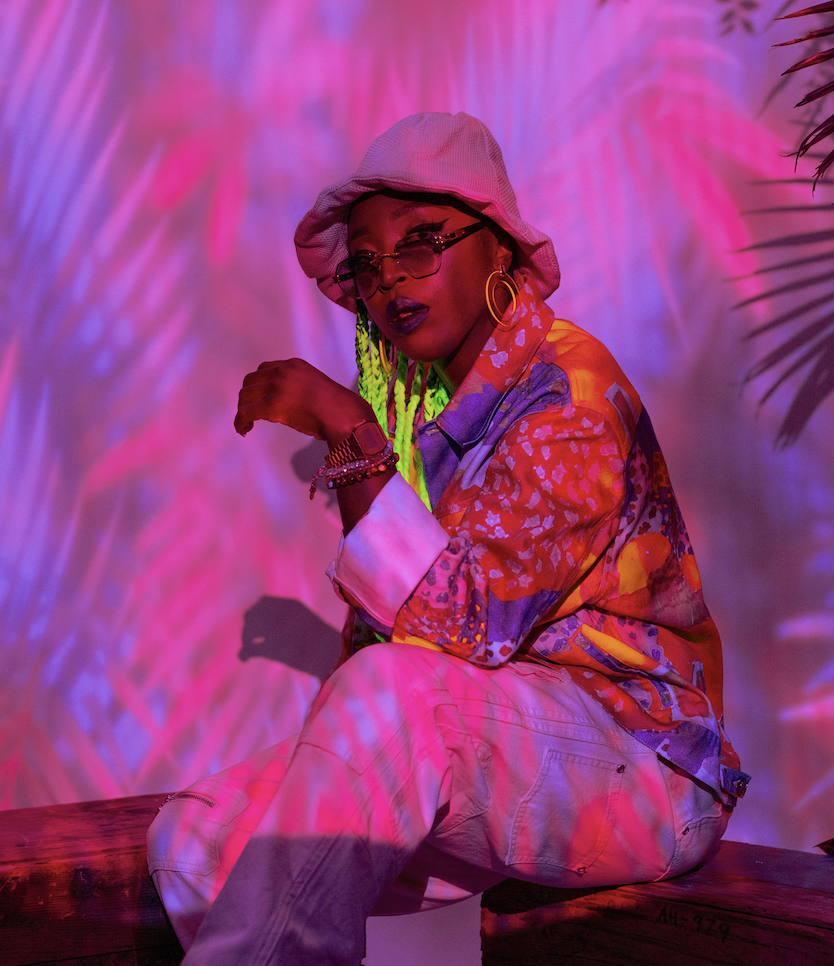 Persistent, playful and passionate, Denise “Nyce” De’ion has been writing and singing for almost three decades, and strategically added music production to her already robust skillset in 2007. As a young, black, female artist, Denise felt she did not have as much exposure and accessibility to music studios and beats, so she took matters into her own hands. If you had to put a traditional label on her music you may call it an R&B, pop, Caribbean, hip hop medley but in actuality it’s a vibe all on its own. A very colourful person to the core, this is reflected in both Denise’s wardrobe and personality. The bright colours and patterns she wears on the daily match her music; not dark or moody, nor happy or excited, rather a vibrant and unique palette of varying emotions – it stands out! And Denise knows how to stand out from the competition too. Some of her most recent accomplishments include the Bacardi Music Liberates Music Campaign in 2021. Selected along with two other females, Denise was granted the opportunity to work with and be mentored by Boi 1da and release the NFT single “Juice” available on streaming platforms. She has also participated and won several beat battle competitions including winning Canadian Beatmakers League (now Global Beatmakers League) in 2020, the IStandard beat battle at the 2019 Ascap Music Expo in LA, and being in the top four, chosen out of thousands of entries, of the Remy Martin Producer challenge in New York.

She is currently set to release her first EP “Last Call” in the spring of 2022.