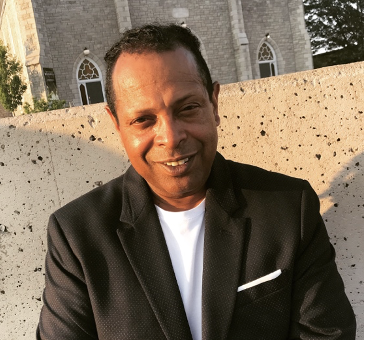 President and Founder,
Urban Music Association of Canada
Trevor’s career in the entertainment business started as a DJ at a well-respected club where he got his first taste at spinning music. DJ-ing for 15 plus years, he established a name for himself around the club scene. His break came through an opportunity with A&M records to remix artists’ recordings and he never looked back. Promoting many dance and urban artists along the way Trevor has produced and remixed many Canadian artists’ recordings that went on to win Juno awards and was awarded producer of the year at the CHEER records pool.

Throughout his career Trevor has donated his time organizing events for those less fortunate. He has worked with organizations such as: The United Way, Make A Wish Foundation, Women’s Habitat and The Sick Children’s Hospital Foundation.  He is very proud to have helped raise money for these worthy causes. Trevor is also an agent / manager securing music deals including sponsorship and endorsement for his clients.

Trevor G. Shelton is a respected dynamic record producer and Director of A&R for Rammit Records. Trevor had the foresight and ingenuity to launch his successful Indie label and secure distribution partners with  A&M/Polygram, Universal, and BMG worldwide. Rammit continues to develop and foster young and established artists in the music industry. The label’s genres of music includes: Rock, Pop, R&B, Dance, Hip-Hop and Alternative.

Trevor is the President and founder of the Urban Music Association of Canada (UMAC), home of the Canadian Urban Music Awards, as seen on CBC television. Trevor assisted in creating the Recorded Music Production and Audio Engineering Programs at Trebas Institute, a private College specializing in the Dj Arts, Audio Engineering, Film and Entertainment Management.

Trevor takes time out of his busy schedule to teach at the Trebas Institute the College where he enjoys sharing his music industry knowledge with the students. He’s an inspiration for these future entrepreneurs starting a career in the dj arts, audio engineering and entertainment management.

As an acclaimed music producer working in state of the art studios; Trevor has been instrumental in providing his specialized musical arrangement skills with some of the world’s best recording artists. These have included: Marvin Gaye, Alfa Anderson (former lady of Chic), Eileen Shania Twain’s CD/LP titled First Time for the Last Time, where he was credited for his additional production. He also produced Liberty Silver, a two time Juno award winner as well as a participant in the Grammy award winning song Tears Are Not Enough, produced by Canadian Icon David Foster. As A&R Director for 15 years, some of the renown artists on the Current Records label include: Alto Moda, Molly Johnson, Martha and the Muffins as well as Juno award winners The Parachute Club.