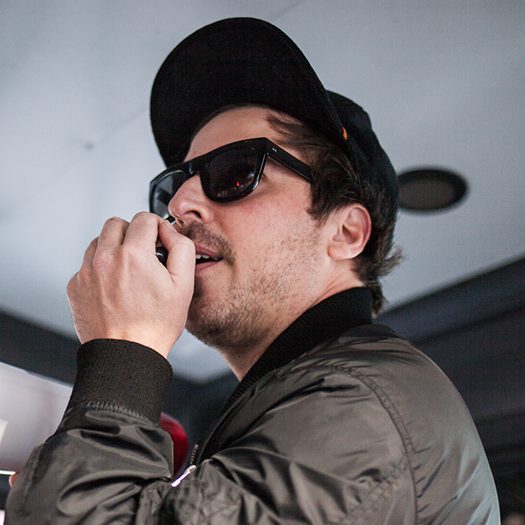 Straight Outta Stockton, California (home of Pavement & Chris Isaak). Mikey started working in the music world at age 17, as a music-buyer and store manager for local record stores as well as booking DIY concerts throughout Northern California. He also worked for The Militia Group (Juliette Lewis, The Appleseed Cast), an independent record company based in Long Beach, for four years. Mikey eventually relocated to Montreal, where he rapidly established himself as a trendsetter, ranking in Nightlife Magazine’s “Montreal personalities that changed our nightlife.”

He has been Programming Director for M FOR MONTREAL since 2007 and also books the Santa Teresa festival.  His natural ability to discover the best up-and-coming acts has helped the careers of many artists including Mac Demarco, Grimes and Half Moon Run. He was nominated three times and won Best City Champion and Best Festival Networking Activity at the YMCA Awards, in Brighton UK. Aside from his booking agenda, Mikey represents Montreal’s Coyote Records and Joy Ride Records.