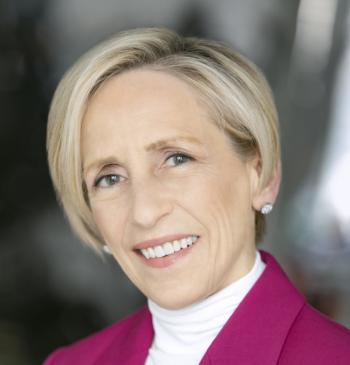 Executive VP, Global Touring & Talent,
AEG Live (NY)
New York, NY, USA
Debra Rathwell is the Executive Vice President of Global Touring and Talent at AEG Presents, one of the world’s largest producers and promoters of live tours and music events. The company brings the biggest names in entertainment to the world, producing global tours for such iconic artists as the Rolling Stones, Katy Perry, Taylor Swift, Ed Sheeran, Shawn Mendes, Kenny Chesney, Eric Churchand Hugh Jackman. Debra is one of the most respected and admired professionals in the music industry, as well as being one of the highest-ranking female executives working on the live side of the business today.

Debra’s journey in the music business began right out of college. After graduating from Carleton University in Ottawa, Debra began her career in that city as Executive Assistant to Canadian music legend Harvey Glatt at his full service music companies, Treble Clef (which began as a record store and subsequently grew into a music distribution company) and Bass Clef (the concert promotion side of the business, which showcased rock bands in various nightclubs and venues throughout Ottawa) She remained there for five years. “I will always be grateful to Harvey for giving a young college student her first opportunity in the music industry,” said Debra. She also counts Harold Levin and the late Howard Lapides as mentors during her time there; the support and guidance the two provided helped her rise to Concert Manager at the company.

In 1982, Debra moved to Montreal to join Donald K Donald Productions, that city’s leading concert promoter, as the company’s first Vice President. She was soon after promoted to Senior Vice President, managing a staff of 20. During her tenure DKD promoted shows by Pink Floyd, the Rolling Stones, The Who, David Bowie, Madonna, Rush, and Celine Dion, among many others. Under Debra’s direction, DKD produced five musicals that have been brought to Broadway, including “Tango Argentino”, “Flamenco Puro” and the Tony Award winning “Black and Blue,” in addition to countless other theatre projects, special events, and presenting approximately 300 concerts each year. Other signature projects under her auspices were “The Moscow Circus”, “Torvill and Dean,” and “The Music of Andrew Lloyd Webber”. She remained with DKD for twelve rewarding years.

1994 brought yet another move, this time to the States, when Debra accepted the position of Senior Vice President at New York’s Metropolitan Entertainment. Under her guidance, the company’s concert division presented the biggest names in rock and pop music — including the Woodstock anniversary concerts of 1994 and 1999 — while the touring division presented successful outings from artists including Whitney Houston and Sarah Brightman, and created concept tours such as “Down From the Mountain” (the “O Brother, Where Art Thou?”-related tour featuring artists such as Emmylou Harris, Allison Kraus & Union Station, and Ralph Stanley, among others), “Family Values” (the annual rock and hip hop tour created by Korn in 1998), and “Up in Smoke” (the 2000 hip-hop “super tour” co-headlined by Dr. Dre and Snoop Dogg). Among the countless incredible experiences her 8 years at Metropolitan provided her, Debra cites one as the pinnacle: "Getting to work at Woodstock 1994 was one of the highlights of my life – most fun I’ve ever had.”

She joined AEG’s concert division (at the time operating as AEG Live) to open its New York office in January 2003 — heading up a small team of 8 people to focus on both one-off shows and tours — overseeing a territory running from the Carolinas to Eastern Canada. She lent her leadership and vision to the launch of the American Idol tour franchise, and followed that with a string of successes in the “television meets live event” sphere: Dancing With the Stars, America’s Got Talent, and So You Think You Can Dance, to name a few. The company’s success brought growth and change: the staff grew to 45 and focused its strength on its touring business. The newly-christened AEG Presents became the exclusive touring company for artists such as Carrie Underwood, Justin Bieber, The Who, John Mellencamp, Miley Cyrus, JoJo Siwa, Shania Twain, and many others. More growth and expansion soon followed in New York as AEG Presents formed a partnership with promoters Bowery Presents, FURTHER BROADENING THE CONCERT DIVISION’S PRESENCE IN NEW YORK AND THE NORTHEAST WITH NEW VENUES, NEW CLIENTS, AND AN EXPANDED TERRITORY. Simultaneously, AEG Presents’ entire touring division — with Gary Gersh as its President — was renamed Global Touring and became a standalone entity existing side-by-side with concert promotion, with a group of talented Senior Vice Presidents — Debra among them — in charge of the touring agenda. Her recent promotion to Executive Vice President HAS GIVEN HER an expanded role across artist development and global tour strategy. “Gary has put together a great team,” commented Debra. “GARY HAS PUT TOGETHER A GREAT TEAM,” COMMENTED DEBRA. “We are truly lucky in the fact that we get to work with artists that really connect with an audience….both iconic artists and the icons of tomorrow.” It’s a roster that includes not only the aforementioned artists, but also Maggie Rogers, Lauren Daigle, Kane Brown, Luke Combs, Hugh Jackman, Tame Impala, and Tyler, The Creator to name a few.

Today, Debra’s current focus is orchestrating the "Elton John: Farewell Yellow Brick Road Tour" (a three-year global trek), launching arena and stadium dates with Justin Bieber, working the last 50 dates of a 150-show worldwide tour for JoJo Siwa, and putting up a number of “too soon to talk about” tours slated for late 2020 and 2021. Anything else? "Also, our sold out show-of-the-month run with Billy Joel continues at Madison Square Garden — we’re entering our seventh year, with show number 78 about to go on sale."

The most difficult part of her job? Being asked to name her favorite moments over the course of her career: “I always get a little jumbled because I kinda love everybody. If I absolutely have to name some, I can start back in Ottawa when I had Elvis Costello at Algonquin University and the place was so oversold. I had to get ahead of the fire marshal and the quickest way to do that was to run through Elvis Costello’s dressing room…while he was dressing. Then there was the time I had to tell Tina Turner that she couldn’t do an encore as the fire marshal — fire marshals have played an important part in my life — was going to shut down her packed show at The Spectrum in Montreal. Presenting the Police at the University de Montreal and hanging out with them afterwards. Drinking beer with U2 at Barrymore’s in Ottawa and telling them they were going to be a really big band. And then there was the riot at the Olympic Stadium in Montreal when Guns and Roses left the stage after a few songs and announced that the fans should 'get a refund at the box office.' My first Radiohead show at a club in the middle of nowhere near Albany, New York...I got lost trying to find the bloody place. Central Park shows in New York City with everyone from Bon Jovi to Andrea Bocelli to the Global Citizen concerts. But again, it’s back to the greatest show that I’ve ever been a part of: Woodstock ’94. It was the most insane event. It was the most screwed up. And it was the most fun. Simply spectacular”.