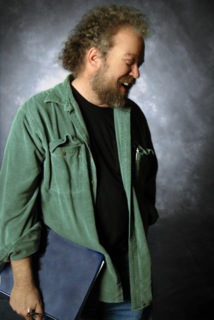 For one thing, he's the only one writing Don Schlitz songs, the lyrics of which have been quoted by presidents and pundits, actors and ballplayers and Muppets and preachers and others.

Schlitz wrote a song called "The Gambler" long ago (no, not on a warm summer's evening: He wrote it in the afternoon), and that one possesses what may be the most-quoted chorus in American song. "The Gambler" was Schlitz's first hit as a songwriter, and had he never written another tune then that one would likely have landed him in the Songwriters Hall of Fame. Rather than treat that success as a license to loaf, Schlitz, took it as a license to create, and he wound up penning "Forever and Ever Amen," "On The Other Hand," "I Take My Chances," "The Greatest," "When You Say Nothing At All" and hundreds of other songs, winning Grammys and CMA Awards and crafting a catalogue that would have landed him in the Songwriters Hall of Fame had he never written "The Gambler." He also moved beyond the radio, providing the soundtrack to Broadway's The Adventures of Tom Sawyer . For that theatre piece, Schlitz married his sensibilities to those of another wry storyteller, Mark Twain, who once wrote to a friend, "I am hard at work... merely for the love of it." Schlitz understands that notion.

"In the end, there is only one engulfing reason to be a songwriter... the love of music, the joy of creating," Schlitz said. "The percentage of writers who make 'fortunes' is small, and none of them struck it rich without going through leaner times. You could take all of their money away, and they would still be writing songs. Why? Because they love it.... You do it for the sake of the song. And that is the best possible reason."

And so there are millions of people out there who know Don Schlitz but have never heard of him. They know his wisdom, as conveyed in a gambler's advice. They know his empathy, as heard in "Give Me Wings." They know his conviction, as heard in "Old School" and "On The Other Hand," and they've known his humor since the day they heard Mary Chapin Carpenter singing "I Feel Lucky."

Some people come to Nashville, catch a Schlitz show and marvel at their chance to meet the guy they've known for all these years. It is at his shows where Schlitz extends his monopoly. He's not only the only one writing Don Schlitz songs, he's the only one singing them from the inside out, and sharing the stories behind them. He's the only one illuminating the songs and the moment and in some ways an entire music city with a delivery that is hilarious, elliptical and heartfelt. And the delivery changes each night, just like the set list. He might be singing one of the hits he wrote for The Judds or Reba McEntire, and he might be singing something that was a blank page that morning and that might be recorded by Kenny Chesney or George Strait before long. Either way, he sings the songs in a flannel voice, smiles in between some of the lines, and watches the people watching him. Invariably, there’ll be someone laughing with a tear in their eye. It’s a concert unlike any other in music: The ultimate inside-Nashville experience is watching Don Schlitz play monopoly.