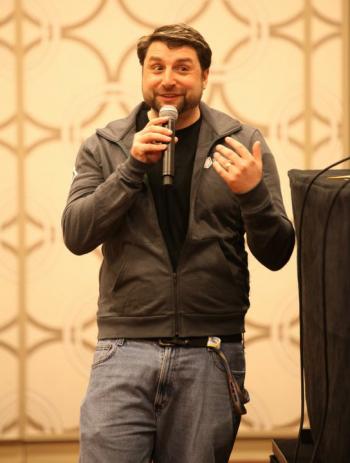 @TheJew
Dan "Steiny" Steinberg, co-founder of Emporium Presents, started producing club shows at the Mercury Café in Denver at the age of sixteen. After graduating high school in 1993, Dan joined 2B Announced Presents as a talent buyer, and after college he relocated to Seattle at the tail end of 2002 promoting under the name Dan Steinberg Presents, later re-branded as Square Peg Concerts in October 2004. In June of 2015 Square Peg merger with Jason Zink’s Sherpa Concerts taking on the name of Emporium Presents producing live events all over the United States and Canada.

Dan was nominated as Independent Promoter of the Year in 2003, 2010, 2012, 2013, 2014, 2015 and 2016 by Pollstar and was a member of the Concert Industry Consortium Panels in 2002 and 2004 and also moderated some legendary panels at Pollstar Live in 2010 2011 and 2016, SxSW 2010 and 2013 IAVM 2010 and 2011, Billboard Tour in 2010 and 2011, as well as CMW in 2011, 2012 and 2014 known for treating the panelist to ‘Patron and Donuts’, yeah, you never know what the Jew will do, and yes its true his actual twitter handle is @TheJew.
Emporium Presents promotes all forms of live Entertainment, this past highlights includes shows Comic Kathy Griffin, Jason Mraz, Straight No Chaser, Kris Kristofferson w/ Merle Haggard, Daniel Tosh, The Scorpions, Keith Urban, Indigo Girls, Trailer Park Boys, Yo Gabba Gabba, John Prine, The Avett Brothers, Dream Theater, Eric Church, Dolly Parton, The Black Keys, Godsmack, BB King, Home Free and Cheech and Chong.