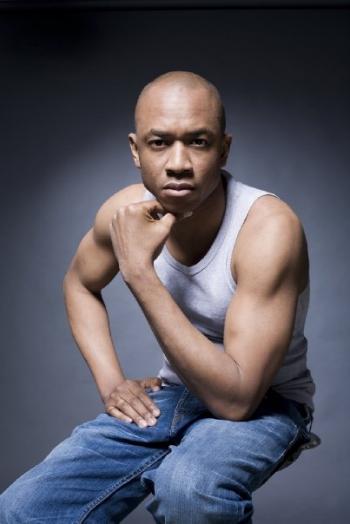 Now having just recently returned from a North America wide tour with N.Y. Hip Hop icons Digable Planets including sold out shows in Portland, Seattle, Vancouver, across Colorado and Arizona, as well as in New York and LA at the famed Whisky A Go Go. U.G.O. Crew also just completed a music video with renowned celebrity video director Paul Boyd for the acoustic version of the song Change, which is now in rotation on MuchVibe.

U.G.O. Crew is a natural amalgam in a post-modern world where cultures, beliefs and music collide like wrecking balls but, at once, coexist, interlace and augment our everyday human experience.

At first, the backgrounds and influences of the main members that make up U.G.O. Crew members at a glance may appear so different or incompatible but, upon closer inspection, their common thread of passion, politics and seamless commitment to universal music life becomes evident. The music speaks for itself. “Change” is near.

Stevano is a razor-sharp MC residing in the streets of Jamestown, Toronto, whose distant childhood memories of an intermittent father from Nigeria opened a window of curiosity to the African language and the bigger world outside. He weaves both interests liberally with a wicked bi-lingual flow to form precise rhymes. Focused and resolutely opinionated about the political landscape of our times, he can shift effortlessly between dazzling bravado and indictment of national and international policy.

Karina’s angelic rock/pop vocals betray the gravely road she’s tracked from her spiritual Canadian roots of to a tour of duty in Toronto as a top Ms. Toronto finalist. She continues a self-described “spiritual” journey from which she emerged more driven and committed to pursue her love of music in the Canadian scene and internationally.

Alessia and Eric are the Crew’s pure musicians, both equally talented on guitars and drums.

Watch for a series of major single releases to drop in 2012, including the much anticipated single, Suga Baby, featuring Danny Fernandes, slated for mid-February, followed by a joint-single with Faber Drive scheduled for commercial release late spring.

UGO CREW BIO:Juno Award nominated U.G.O Crew’s music is a unique, harmonious mix of styles. The top and bottom of their innovative sound is straight-up Rock ‘n’ Roll/Hip Hop while the Hooks punch with Pop. These parts are made whole through Stevano's consummate MC skills and conscious stinging rhymes, DJ Karina’s emotive voice and adhesive pop melodies plus Arturo' Rock inspired Latin-flavored flourishes of blazing guitar. Of course ... U.G.O Crew (Under Ground Officials) is a natural amalgam in a post-modern world where cultures, beliefs and music collide like wrecking balls but, at once, coexist, interlace and augment our everyday human experience.