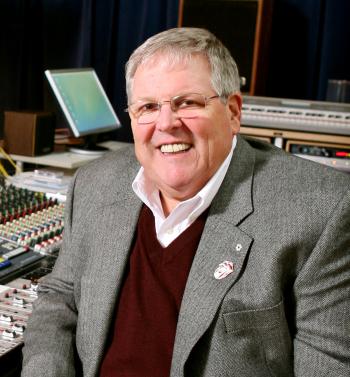 @dkdevents
Donald Tarlton is the former CEO of Donald K Donald Productions and BCL Entertainment Corporation, two of Canada’s most celebrated and successful concert touring companies. As such, he was the impresario for most of the contemporary concert performers and superstar tours and festivals that took place in Canada throughout the last half of the 20th century.

Today, Donald is the Chairman of Événements Donald K Donald Events, a marketing, sponsorship, and event production company that specializes in concert event and tour production. In 2005, the company in association with TNA and CPI set an all-time Canadian concert box office record when it co-promoted The Rolling Stones at Magnetic Hill in Moncton, N.B. – a show attended by more than 80,000 patrons. In 2006 the company co-produced the largest-grossing concerts of the year in North America with The Rolling Stones’ “Bigger Bang” Tour date in Regina, and followed up in 2007 and 2008 with co-productions of Genesis’ “Turn It On Again” Tour stops in Ottawa and in Montreal at the Olympic Stadium, the Magnetic Hill Music Festival featuring The Eagles, and several Canadian stops on Robin Williams’ comedy tour. In 2009, Donald co-produced two So You Think You Can Dance Canada National Tours, featuring the top ten dancers from the hit CTV show of the same name performing live in cities across Canada. Summer of 2009 saw the company produce several outdoor festivals and large shows, including Bon Jovi and AC DC at Magnetic Hill, as well as the Canada Day celebrations on Parliament Hill in Ottawa. He was delighted to have the opportunity to meet Her Majesty the Queen when DKD Events was called upon to produce the Canada Day celebrations again in 2010. In 2011, Donald co-produced the grand finale show of U2’s blockbuster 360° Tour at the Magnetic Hill Music Festival.

Donald is legendary in the music industry as Donald K Donald, the most prominent concert promoter in Canada from 1967 to 1997. During that time, he established a national concert tour circuit, presenting over 5000 shows involving most of the top recording acts in the world. Donald is also a Tony Award®-winning Broadway producer and has promoted attractions as diverse as the Bolshoi Ballet and Tango Argentino. His tour production company, DKD!Spectacle, enjoyed its greatest success as the global producer and touring representative for Céline Dion throughout the 1990s.

An active volunteer, Donald sits on the boards and committees of several community charities. He has also served the industry in many ways: as a Director of CARAS, AVLA (Audio, Video Licensing Agency) and as a partner/board member in Fidec. In 2007 he joined the Canadian Music hall Of Fame when he received CARAS’ prestigious Walt Grealis Special Achievement Award, which recognizes an outstanding individual who has contributed to the growth and advancement of the Canadian music industry. In March of this year, Donald, together with his longtime business partner Terry Flood, will receive the Music Managers’ Forum’s Pioneer Award, which pays homage to those who helped establish the artist management function in Canada’s entertainment industry. In 2000, Donald was honoured by his country with his appointment and investiture into The Order of Canada.