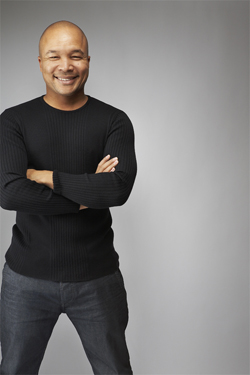 @chrissmithmgmt
Entertainment entrepreneur Chris Smith is the visionary behind some of the entertainment industries biggest names of the past decade. Smith has successfully helped to shape the careers of over 7 platinum careers and several global superstars including Nelly Furtado, Fefe Dobson, Kat Dahlia and Tamia to name just a few. With a career spanning nearly 2 decades, Smith has remained one of the most sought after and valued entertainment managers within the industry.

In 1992, while on his first tour in the UK with music legend Beres Hammond, Smith initially caught the bug to pursue the music business as a career. With the intention of combining his business experience from working in the financial service world with the marketing knowledge he gained in college, Smith parlayed these efforts along with his broad understanding of music into his own entertainment business group.

Long before the virtual band Gorillaz, Smith pioneered the idea of the world's first animated musical act with the super group Prozzäk, comprised of two animated characters, Simon and Milo. Prozzäk was the first animated group to go 4x platinum and successfully sell out an arena tour. The first of it's kind, Prozzäk's live show utilized projections with live instrumentation and cutting edge lighting sequences and effects. This evolutionary concept would soon after lead to a business partnership with Disney.

Smith's early dreams of being a television executive producer were realized after successfully producing two consecutive seasons of IN THE DANCE, which became a #1 television show in its prime time slot, broadcasted in more than 22,000,000 households worldwide. This exciting TV series showcases the exhilarating music, dance and fashion that has captivated the imaginations of millions, globally.

With the vision of having a full service management company in mind, Smith signed award winning
celebrity chef, Roger Mooking, who had several successful television shows on both the Food Network Canada and the Cooking Channel in the USA as well as authoring an award winning cookbook.

In the online fitness arena, Smith was an early visionary as the first to develop and deliver an online fitness platform for the world’s trainers to connect with consumers using both online and mobile platforms. This business has now spawned into Top 10 Workouts digital magazine, one of China’s top digital fitness magazines, garnering upwards of 2 million impressions per month.

As a means of connecting his client roster with fans and further understand consumers globally, Smith launched BestFan.com, an online platform which showcases the latest trends in music, fashion, film and television. BestFan is now one of Canada's leading sources for entertainment news.

Smith prides himself on how to successfully market to consumers through his understanding of consumer mindset and market trends on a global scale. This accomplishment is exemplified by having both gold and platinum record sales in more than 42 countries. Smith is most recognized for his role as managing the careers of global superstar and multi Grammy Award winning recording artist Nelly Furtado. Most recently Smith is currently managing the careers of 7x Grammy nominated producer Julio Reyes (Marc Anthony, Jennifer Lopez) and Salaam Remi (Alicia Keys, Miguel, Amy Winehouse). He is responsible for launching and developing the careers of artists and producers like Noah “40” Shebib and sound engineer Noel “Gadget” Campbell (Drake, Jay Z, Lil Wayne, Sade) as well as producer DJ Cirkut (Katy Perry, Miley Cyrus).

With a promising roster of young talent including Kat Dahlia, Francesco and JoJo, Smith has his focus directed toward developing his new clients on homegrown record label, 21 Entertainment Group. This new generation of artists is well on its way to realizing the same global success Smith has reached with his other clients and in his own career. The music management company that was built with two clients and a dream has now evolved into a fullservice global brand and entertainment management enterprise.