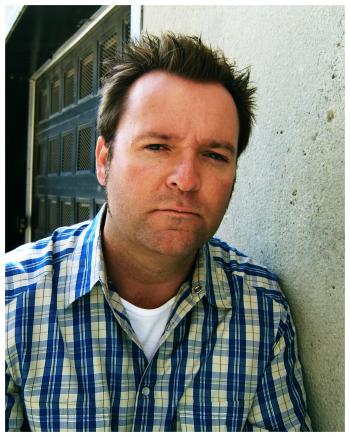 President,
Cerberus Artist Management
Toronto, ON, Canada
Brian Hetherman is a true music industry renaissance man. With over two decades of experience, his vast resume and respective diverse talents define his standing as a true visionary in the Canadian music landscape. Like many of his colleagues, this young executive began his career through a passion for music, and found his professional calling early. From TV personality and industry executive to not for profit leader and pioneer in music and talent funding, Hetherman is a force to be reckoned with, committed to champion the next musical stars of tomorrow.

Determined to redefine artist management, Hetherman created Curve Music and Cerberus Management and Consulting, both successful (and complimentary) organizations which have been serving the Canadian music community for over 12 years. Always evolving, in 2012 he will expand his repertoire, re-defining Curve Music solely as an independent country music label and music publisher while introducing Sonic Envy, a rock/alternative indie label and music publisher.

As a devoted manager, he finds the key to success is to be involved in all aspects of an artists career, and as such has created both records labels and management businesses to offer full service to the artists he represents. His objective is to partner with his artists, and forge collective success. A key point of differentiation in Brian’s conceptual “360 degree” model is that, if a new opportunity presents itself to an artist he proudly is the first person to release artist commitments from the label and publishing company to follow a “more logical path”. He stands behind this business style, putting the artist first at every opportunity, believing if they succeed then so will he.


Hetherman’s lifelong love affair with music asserted itself at an early age. He started spinning records in Toronto clubs, and quickly landed his first job in a record store. “That was just so I could get good deals on albums, but then I got hooked on the industry,” he recalls.

His enthusiasm and intelligence caught the attention of thriving independent label Duke Street Records (Jane Siberry, Chalk Circle, Scott Merritt, Art Bergmann), who hired him as a Retail Marketing Rep in the late 80’s. “That was a great place at which to learn,” exclaims Hetherman, “I was involved in almost all aspects of the business at Duke Street, and it gave me a good taste of the Canadian independent music scene. Plus I got to work with Art Bergmann, the Godfather of Punk in my mind!”

In 1990, Hetherman was offered a job at MCA Records (soon to be Universal Music). His first position there was as a Retail Marketing and Sales Rep, which was followed by a few years as a Radio Promotion and Marketing Rep. These roles involved promoting such artists as Peter Gabriel, Guns ‘n Roses, Elton John, The Ramones and The Tragically Hip at retail and radio, as well as overseeing artist promotional tours.

In early 1995, he became the youngest Director of A&R (Artist and Repertoire)in Canada at MCA Records and head of MCA Music Publishing. Thriving on the freedom he was given in this post, Hetherman was responsible for the label’s signing of successful Canadian artists including Souldecision, Holly McNarland, Age of Electric, Jason McCoy, and Johnny Favourite Swing Orchestra, who all received Gold or Platinum albums. His experience in A&R reaffirmed his love of close creative collaborations with artists, and this has been the crucial theme of his career in the music industry ever since.

Hetherman’s profile within the industry and beyond was heightened when in 2000 he became one of the judges on the first season of Popstars, the highly rated music reality show viewed as the precursor to Canadian Idol. Reflecting back on what he now terms “a weird experience,” he notes that “it meant I got a handle on the whole TV and media side of the business. Also, if people didn’t know I was straight up and honest before, they certainly did after that. People joke that I was the original Simon Cowell. If somebody didn’t have talent, I didn’t mince words.”

Hetherman’s next career move took him away from the TV spotlight to a very important behind the scenes music industry position, one that also involved helping create stars. In 2001, he was offered the inaugural position as Executive Director of the Radio Starmaker Fund, a non-profit organization that administers funds to promote and market Canadian recording artists. “That was a total left turn, but I felt I needed to do something different,” he recalls. “The Board wanted someone to be the face for the organization, someone who understood how to market an artist in Canada and the tricks of the trade.”

This is where Cerberus Artist Management and Curve Music were born. He astutely foresaw the giant sea change the industry was about to go through. The model he followed early on, combining a management company, record label and publishing company in partnership with the artists, is now being recognized as an ideal business paradigm.

“I liken starting your own company to stepping off a cliff, you have to be prepared, whether you grab something on the way down or you just keep falling” he jokes, who has thrived in the role of music industry entrepreneur. The role of artist manager is arguably the closest to Hetherman’s heart. “Working with the artist is so much a part of who I am and what I enjoy doing,” he says. “Management is the only place to be now if you are in the creative industries and want to work with artists.”

Hetherman’s sterling reputation within the Canadian industry immediately brought top-caliber artists to the doors of Cerberus and Curve. Over the years, the musically-eclectic roster of artists he has represented through the two companies include such award winning talent as Holly McNarland, Trevor Guthrie, Lindsay Broughton, Wide Mouth Mason, Suzie McNeil, Derek Miller, Andy Stochansky, and Dead South.

Hetherman was also the Executive Producer of a project with Garth Hudson, which is a star-studded all-Canadian tribute to The Band, produced by legendary Band keyboardist Garth Hudson. Hudson performed on the disc, with such artists as Neil Young, Blue Rodeo, Bruce Cockburn, Great Big Sea, The Sadies, Mary Margaret O’Hara, Raine Maida, Chantal Kreviazuk, The Trews, to name a few.

What may seem like a natural progression, his peers at home and abroad have also recognized Hetherman’s talents as a manager. For five years, he was the President of the Music Managers Forum (MMF) in Canada (from 2005-2010), and is currently the Chairman of the International Music Managers Forum (IMMF). In addition, Hetherman sat on the Board of Directors for FACTOR (Foundation to Assist Canadian Talent on Recording) for four years to eventually become the Vice President of Industry Affairs at FACTOR in the fall of 2009; leaving his staff to oversee his label, management and publishing businesses, During his tenure at FACTOR, Hetherman has successfully acted as the General Manager for much of 2010 while the Board of Directors searched for a new President of FACTOR. In April of 2011, Brian returned to his Management Company and record label where he continues to this day to run Curve Music, which is now a country label and also his newly created Rock/Alternative label called Sonic Envy.

In effort to continue to educate and contribute to artist development, Hetherman frequently offers his expertise to consult in many projects and events including Canadian Music Week (CMW) as International Consultant, as well as to MROC (Musicians Rights Org)

Reflecting on his amazingly diverse professional career, Hetherman credits “an element of fate. [It] has just worked out too well to be anything but,” he adds “I have worked very hard, there is no doubt, but I’ve been extremely fortunate to have had all of these opportunities.” Hetherman’s combination of vision, experience and his ongoing passion for music ensure that the future of this highly regarded industry veteran remains bright.