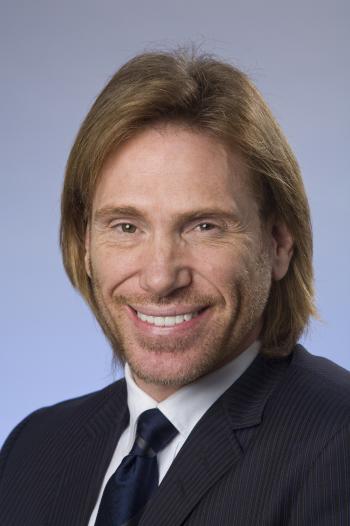 President & CEO,
Newcap Broadcasting Ltd
Dartmouth, NS, Canada
Born in Halifax, and raised in Newfoundland & Labrador where his family’s roots are, Rob graduated from Memorial University in St. John’s in 1983 with a BA degree. He began his entrepreneurial career in auto-related industries and in 1990, divested of his interest in the local franchise of Auto Trader magazines and used the proceeds to purchase the first auto dealership. He proceeded then to build the Steele Auto Group, based in NS, into the largest and most diversified auto group in Atlantic Canada. Now in 2015, the Steele Auto Group currently has 900 employees, and 17 dealerships in NS, NB and NL, representing 22 brands. The Steele Auto Group is recognized as one of Canada’s 50 Best Managed Companies.

While building the Auto Group, Rob also joined the Board of Directors of Newfoundland Capital Corporation (TSX-NCC.a, NCC.b) in 1997. In 2001, the Board asked Rob to take a leadership role at NCC were he has been President and CEO since that time. Rob quickly moved to streamline the Company’s investments to focus on the radio business. NCC had acquired its first radio station in 1986 in Charlottetown, and by 1999, had grown to 14 licenses. Under Rob’s leadership, the Company became branded as Newcap Radio and as of 2015, operates 95 radio licenses across Canada, including the largest acquisition in its history in 2014 with the purchase of 5 radio stations in 2 of Canada’s largest markets, Vancouver and Toronto. Newcap is now the largest pure-play radio company in Canada with almost 1000 employees and is the second largest radio company in terms of broadcast licenses. Newcap reaches millions of listeners each week through a variety of formats (from hip hop to country to classic rock) and is a recognized industry leader in radio programming, sales and networking. Newcap has 80 FM and 15 AM licenses spanning coast to coast, with concentrations in Alberta and Newfoundland & Labrador.

Rob currently sits on the boards of Stingray Digital, Montreal, and Atlantic Signature Mortgage, Halifax. Rob was also Past Co-Chair of the ECMA Event Committee and continues to be involved with the ECMA’s in an advisory capacity. In addition, he also serves on the Advisory Committee for Junior Achievement of NS, and is also a Director of the Halifax Mooseheads Hockey Club, affiliates of the Quebec Major Junior Hockey League.

Rob is a strong supporter of giving back to the communities where we do business, and both Newcap Radio and the Steele Auto Group are very actively involved in many charitable causes. Rob is personally active in a number of charitable causes including the Alzheimer’s Society, the Mental Health Foundation, Family SOS, Daffodil House, Feed NS and the Arthritis Society. He was named Outstanding Individual Philanthropist of the Year in 2014 by the NS Association of Fundraising Professionals for the extent of his involvement in and support of various community efforts.