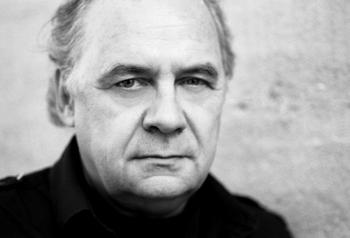 1st Vice President,
Festival International De Jazz De Montreal
Montreal, QC, Canada
André Ménard
Cofounder and artistic director, Festival International de Jazz de Montréal
Cofounder and vice-president, L’Équipe Spectra
André Ménard numbers among the most influential figures in the Quebec artistic community, having greatly contributed to the cultural life of Montreal. Working in the domain of live show and concert production since 1975, he has had a 30-year association with Alain Simard as cofounder and vice-president of L’Équipe Spectra. He is also the cofounder, first vice-president and artistic director of the Festival International de Jazz de Montréal.
He sat on the board of directors of ADISQ (Association québécoise de l’industrie du disque, du spectacle et de la vidéo) from 1980 to 1993 (including two years as president) and on the board of directors of the Chambre de Commerce du Montréal Métropolitain from 1992 to 1994. From June 2005 to December 2008, he sat on the board of directors of the Jazz Alliance International (JAI), a non-profit organization based in New York, a subsidiary of the International Association for Jazz Education (IAJE) which gathers the major players connected to the jazz world; from 2001 to 2009, he also sat on the board of directors of Rendez-vous du cinéma québécois. He has been a member of the board of directors of the La La La Human Steps dance company since 1995. He has also been a member of the Conseil d’administration du partenariat du Quartier des spectacles since its inception in 2003.
Awards/dedications
• Recipient of the first Hall of Fame Award, presented by National Jazz Awards Canada (2004)
• Winner of the Reconnaissance award presented by RIDEAU (2003)
• Winner of the prix Events producer of the year presented by the Jazz Journalist Association (2002)
• Personality of the Week, La Presse (2001)
• Chevalier des Arts et lettres of the French Republic (1993)
• Personality of the Week, La Presse (1988)
An inexhaustible passion for music and artists
André Ménard began organizing a wide variety of concerts and shows during his college years. Ciné-clubs, rock concerts, carnivals… enough events and activities to encourage Paul Dupont Hébert to take Ménard on as his right-hand man when he left school. For two years, he had a close perspective of the smooth operation of the array of events that built the legend of the Théâtre Outremont. During that period, he also worked on the legendary St. Jean Baptiste celebrations on Mount Royal, a kind of “prehistory” of the major Montreal cultural events to come.
In January 1977, Alain Simard invited him to become associated with the organization that would become L'Équipe Spectra. The young company had a promising beginning, with a number of artists joining up with it, including Paul Piché and Michel Rivard, who remain in the fold.
An early series of jazz and blues concerts presented in our city—the other side of Spectra—quickly lead to the founding of the Festival International de Jazz de Montréal in 1980. In the subsequent decade, the event would quickly establish itself on the international scene and become the country’s largest cultural event, thanks in part to the TV programs which Spectra had begun to produce. From that point forward, over two million spectators would flock to the site every summer to revel in the richness of a musical program unequalled anywhere.
In 1982, André Ménard took over management of the Spectrum, which would become THE Montreal live venue for a generation of local and international artists and their fans. His duties in that domain would be enriched by the acquisition of the Métropolis which, following a wonderful renovation project, has taken up the torch passed on by the now-demolished Spectrum.
In André Ménard, we recognize an inexhaustible passion for music and artists. His many experiences in the world of live performance have never dampened his enthusiasm and love for the creative force. He still produces and attends hundreds of concerts all over the world every year. For close to 35 years, his verve and energy have marked him as a singular figure in Quebec show business.