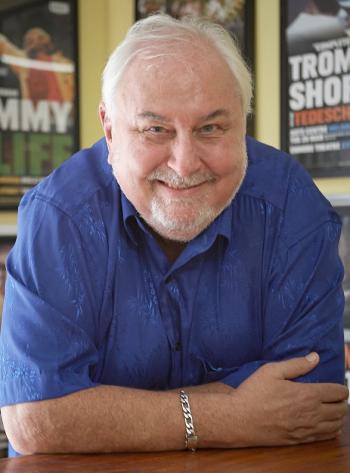 Entering its second quarter-century the festival hailed as both Australia’s most successful and most-loved continues to build momentum. It was the only Australian festival listed in Billboard’s 2014 Top 10 festivals, and the line-up in the 26th year has generated an unprecedented volume of industry and fans fervently agreeing that it has achieved “The best line-up ever!”

The man behind it all is Peter Noble; a music industry professional for over forty years whose significant contribution to the industry has been recognised with a multitude of accolades including, most recently, the Rolling Stone Award for his services to Australian Music.

Drawn to music from an early age, the Sydney-born bassist played in Rock, Soul and Blues bands during the 60’s & 70’s, taking leading roles with artists including Clapham Junction, and Marcia Hines.

Following extensive national and international touring, Peter settled in the USA and set up Portland Oregon’s first International Jazz Festival, and was house booker at legendary venue ‘The Earth’.

Peter returned home to Australia at the beginning of the 80’s, and became a pioneer for Blues touring in Australia. As a direct result of Noble’s efforts, Soul, Jazz, Blues and Reggae artists were finding a home, a promoter, and a wide audience in Australia for the first time.

He began booking international acts in the inimitable Byron Bay (NSW north coast) with the East Coast Blues Festival in 1990, and became a director in 1993.

Peter coined the term “Blues & Roots Music Festival” in 1996 to encompass the growing reach and flavour of the festival – a term which would soon find common usage throughout the Australian music industry - typified when within 12 months the ARIA Awards created a Blues & Roots category as one of their major awards.

Peter became a pioneer for Blues, Jazz, Roots and Indie Music touring in Australia, as well as running AIM Records, which became the first and only Australian independent label to win a Grammy Award.

Noble has worked in many areas of the music business including record producing, touring artists through his company Bluesfest Touring, artist management, setting up the Australian Artists Agency in the early 70's , event site development, and festival presentations throughout Australia and South East Asia.

Noble’s long-standing dream to produce an Indigenous festival was realised in 2013 when he collaborated with leading cultural creative Rhoda Roberts, producing the inaugural Boomerang Festival: a ground-breaking Indigenous festival for all Australians held at the home of Bluesfest, the Tyagarah Tea Tree Farm, to extensive acclaim.

As the Director of Byron Bay's multi-award winning music festival, Peter is passionate about social and environmental responsibility and is immeasurably philanthropic; continually supporting myriad charities and community groups, and ensuring his events uphold their commitment to environmental conservation and animal welfare. This is reflected in the festival winning six International A Greener Festival Awards since 2007.

Bluesfest is respected for creating ongoing employment and contracts for individuals and small businesses in the Byron Bay and the Northern Rivers; a small regional part of Australia with limited employment opportunities. It contributes over $40 million annually to the NSW economy, and has provided countless opportunities for local musicians, artists and business people through performance platforms, stalls, and networks.

An invaluable force in the Australian and international music industry, Peter Noble is a tireless entrepreneur and ardent music aficionado whose work has shaped what is now cemented as one of the largest and revered music events in the world.

He spends his time working and living between Byron Bay and Bali, and says “Life truly is an amazing adventure which I take on with wild enthusiasm on a daily basis”.