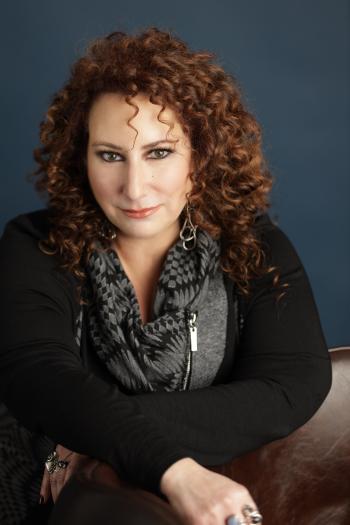 Owner/President,
DMG Clearances Inc.
Hockessin, DE, USA
Deborah Mannis-Gardner is the go-to expert for global music rights clearances, whether for samples for recordings; song usage in movies, television, and video games; or innovative applications such as the history of hip-hop Google Doodle. DMG Clearances, Inc., is known for clearing difficult copyrights from artists such as Led Zeppelin, The Beatles, Prince, and AC/DC, as well as intricate multi-song mash-ups. Whatever she is working on, Deborah’s first goal is to educate the client about the value of music rights, and she takes great pride in aiming for the fairest deal for all parties involved.

After working for Diamond Time and RCA Records in the early 1990s, Deborah started DMG Clearances, Inc., in 1996, based out of Delaware. Her sample clearance skills quickly became legendary, and she has cleared releases for artists including Drake, Nicki Minaj, Eminem, Lil Wayne, Black Eyed Peas, Jay-Z, Kendrick Lamar, DJ Khaled, John Legend, Lady Gaga, and more Frank Ocean, Macklemore, Rihanna, The Notorious B.I.G., U2, Mariah Carey, Yelawolf, and Beyoncé. She also handled Grands Rights clearance for Lin-Manuel Miranda’s Broadway sensation “Hamilton.” Deborah’s featured film music clearances include Martin Scorsese’s “The Aviator”; Curtis Hanson’s “8 Mile,” “In Her Shoes,” and “Lucky You”; The Coen Brothers’ “O Brother, Where Art Thou?”; Richard Linklater’s “School of Rock”; and Josh Fox’s “How to Let Go of the World and Love All the Things Climate Can’t Change.” She was the overall music supervisor for Allen Hughes’ HBO documentary about Dr. Dre and Jimmy Iovine, “The Defiant Ones,” for which she won the 2018 Best Music Supervision in a Docuseries or Reality Television award from the Guild of Music Supervisors, as well as the 2018 Grammy Award for Best Music Film.

She is an advisor to the first two seasons of the FOX music competition TV show “The Four: Battle for Stardom” and has also cleared songs for the network’s programs “Empire” and “Star.” She is also the advisor to seasons 1 and 2 of BET’s “Tales,” which takes the lyrics of popular rap songs and turns them into a show; the J. Cole-produced documentary “Omaha”; and the Larry Campbell and Teresa Williams documentary “It Was the Music.” She handled all music clearances for Apple’s Cash Money Records documentary, “Before Anythang: The Cash Money Story,” which was released in February 2018, as well as the indie film “Farmer of the Year” And documentary “Memphis Majic.” Some of the many broadcast specials facilitated by DMG include concerts by Yolanda Adams, Rod Stewart, Tina Turner, Shakira, Beyoncé, and Rihanna as well as the HBO docuseries “G String Divas.” DMG has handled numerous projects for BET, including “Monica: Still Standing,” “Trey Songz: A Moment in Time,” and “The Michael Vick Project,” as well as their awards programs Sunday Best BET Awards, BET Hip Hop Awards, and BET Honors.

Deborah has also been responsible for a variety of high-profile music syncs in major ad campaigns in the U.S. and around the globe. She has cleared music from Frank Sinatra for Ciroc’s campaign featuring Sean “Diddy” Combs; Nicki Minaj for Kmart’s Super Bowl spot promoting her fashion collection; Eminem, Lady Gaga, will.i.am, Robin Thicke, and Far East Movement for a series of Beats by Dre commercials promoting the company’s headphones, with one also premiering Eminem’s single “Berzerk”; and Common for a Lincoln Navigator commercial in which the rapper takes viewers on a tour of his Chicago hometown.

Deborah has begun to explore additional business opportunities, and in February 2018, she was announced as a partner and advisor to the Swedish digital music startup Tracklib. She also serves as music advisor to attorney Michael Avenatti and is a judge for the News & Documentary Emmy Awards’ Outstanding Music & Sound category.

Deborah has spoken at SXSW, CMJ, the Nashville Film Festival, and SyncSummit Nashville, as well as at Temple University and Widener College. She was also named 2016 Entrepreneurial Woman of the Year by the New Castle County Chamber of Commerce (NCCCC) in Delaware. She is a graduate of Emerson College, where she studied stand-up comedy (one of her professors was Denis Leary). DMG Clearances, Inc., is a dog-friendly office, with Deborah’s own Dakota and Peyton leading the pack. She loves to explore new places, both within the U.S. and internationally, meeting the locals and collecting art as she goes.