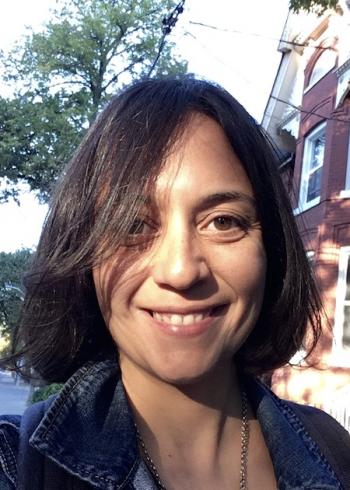 Prof. Hemmasi received her doctorate, with distinction, from Columbia University in 2010. She has held fellowships with the University of Pennsylvania’s Penn Humanities Forum and Columbia University’s Middle East Institute as well as its Institute of Social and Economic Policy and Research. Her publications have appeared in the Journal of Middle East Women's Studies (2017), Popular Music (2017), Popular Communication (2017), Ethnomusicology (2013), and Mahoor Music Quarterly (2008). She also contributed to the edited volumes Vamping the Stage: Female Voices of Asian Modernities (University of Hawaii Press, 2017) and Muslim Rap, Halal Soaps, and Revolutionary Theater: Artistic Developments in the Muslim World (University of Texas Press, 2011). Her book manuscript on Iranian popular music in Los Angeles is under contract with Duke University Press.

At University of Toronto, Prof. Hemmasi was twice awarded research funding from the Connaught Foundation. In 2015 she founded the Faculty of Music's first Iranian Music Ensemble, led by percussion virtuous Pedram Khavarzamini. In 2017, she organized the Jackman Humanities Institute-supported symposium and conference "Rhythms of Social Change: Time, Rhythm, & Pace in Performance." She was also a co-organizer of the cross-faculty JHI Working Group "Critical Approaches to Middle East Studies: Subjects, Culture, Political Formations." Prof. Hemmasi regularly presents her work at the meetings of the Society for Ethnomusicology, the American Anthropological Association, and the International Society for Iranian Studies, among others. Prior to arriving at University of Toronto, she taught ethnomusicology at the University of Pennsylvania, Columbia University, and Hunter College in the City University of New York.