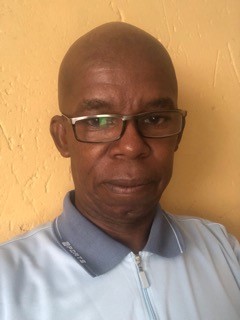 Africa Digital Media City (ADMC SA)
Johannesburg, South Africa
With more than 20 years of experience in the entertainment industry, mainly music, publishing and film production, Michael has shaped the careers of South Africa and Canadian talent. In the late 90s he launched independent labels both in Canada and South Africa working with emerging talent such as the late award-winning R&B artist TK (South African) and rap group Rascalz (Canadian). Besides embracing indigenous local music recording an album with legend Mahlathini II, his label, ADMC/LOKSHIN VIBE, is developing a diverse roster of artists for international markets.

Through his foray into publishing for the university student market in 2007, he produced and launched a Campus Hits Vol. 1 compilation album. He has widely traveled internationally to music markets and conferences to position local talent with a signature township sound. With his vast business experience and network in the music industry, Michael has been commissioned by CANADIAN MUSIC WEEK to mobilize and coordinate a spotlight of the South African music industry at its forthcoming festival and conference in May 2019.

As part of digital convergence, Michael has also done a lot of work in the Film/TV sector, as both a business consultant and producer. he has co-produced the Soundtrack for TV series Molo Fish., the first coproduction between South Africa and Canada. His specialty has now extended into selling quality content to international market. He is currently forging international partnerships with film production companies and distributors from both Canada and the USA. Through ADMC, Michael is in negotiations with American partners, to develop and co-produce a slate of commencing in films 2019. In addition to the co-productions, he is working with international to build a state of the art mega film studio in the north of Johannesburg.

ABOUT LOKSHIN VIDE (LV)
Lokshin Vibe (LV) is an independent multimedia company and artist brand manaementy agency borne out of a collaboration between two companies specializing in different aspects of CDC (convergent digital content) production, ADMC and Sidewalk Productions. Inspired by American urban music independent outfits such as Bad Boy, Uptown Records, Def Jam, RocNation and TDE. LV’s mission is to produce and globally market/distribute organic sounds of the Mzansi township in various genres, mainly Kasi Rap, Kasi Rock and organic Afro Soul, a mixture of indigenous African music, jazz, soul and hip hop. Beyond producing and or publishing licensing music to be commercially marketed/distributed internationally, we’ve developed a comprehensive artist development and management system that utilizes various multimedia channels, supporting the artist at every stage of their creative/career growth. The smart partnerships we have with a number of independent labels has resulted in Lokshin Vice having a strong 15-artist multi-genre catalogue. In addition to this wide range of recorded artists, we’re also working with developing a number of young a talented artists whose music is in line with our vision, as they fit the description of Lokshin Vibe.

To keep up with the current trends in music/media consumption, which have been expanded by digital platforms such as e-stores, apps and social media sites etc., the marketing of our music/multimedia productions will go beyond the obvious selling/distribution of songs. We have partnered with Content Connect Africa (CCA) to maximize our impact in the (CDC) convergent digital space. The formats / channels through which LV and its partners supports the artist in marketing their music include: recording, bookings/live performances (live-recorded and filmed documentaries, jingles, cameo TV series/movie appearances, brand-endorsements and multitudes of digital media platforms.
[conference-panels year="2020" type="overview" cat=2 testing=0 site=CMW]