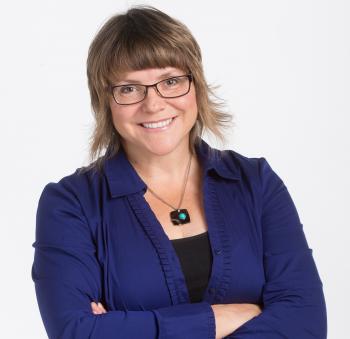 RoseAnna spent three years on the Board at the Manitoba Audio Recording Industry Association, during which time she co-lead MARIA though a complete overhaul, and was instrumental in relaunching the organization as Manitoba Music. She is a founding member of the Prairie Music Alliance, which became the Western Canadian Music Alliance in 2003. RoseAnna was honoured to receive a Women of Distinction Award in 2011, and was nominated for a Manitoba Woman Entrepreneur of the Year Award in 2007. Other nominations include Outstanding Manager at the 2001 Prairie Music Awards for her work with Winnipeg rock band Pushing Daisies, and three Best Music Video nods for their music video Disagree. Pushing Daisies were honoured to receive the Rising Star Award from CMW in 1999.

When she’s not busy being busy, or traveling to any exotic place possible… you’ll find RoseAnna rowing, running, curling, playing hockey, doing yoga, trying to break 100 on any given golf course, or out roaming somewhere in the Canadian wilderness… the more remote the better… www.ras-creative.com