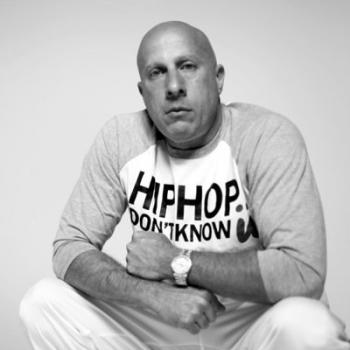 @weworking
Steve Lobel is an iconic American Artist Manager, Executive Producer, Production Manager, Television Talent , Author & Entrepreneur from Queens,New York. As Chairman of the Board, Founder & CEO, Steve Lobel is at the helm of A-2-Z Entertainment, a label, production, film & management company that Mr.Lobel founded back in 2001 and it is today one of top most prestigious and elite artist management & development corporation in the entertainment industry. He is the man behind the brand, currently managing and developing nonstop talent of today's Hottest major music acts such as Iyaz,, who debuted his number one hit single "Replay" globally in 2009 and has reached number two on the Billboard Hot 100 number one in the UK, Australia and top ten in many other countries. All of Iyaz's singles have reached the top 40 on the UK Official Singles Chart and landed him on "The Oprah Winfrey Show" in 2010. Mr. Lobel also guides the career of Pop/Hip Hop artist "MANN", an (A 2 Z/Beluga Heights/ Mercury /Def jam) artist who started quickly a musical revolution on the west coast in California with the worldwide hits such as "Hit me with a Text" with artist Jason_Derülo and "Buzzin" featuring power house Hip Hop artist "50 Cent". In addition he partnered with long time friend "Big U" to manage Sony/Epic Record?s Nipsey Hussle, an artist propelled by the streets of LA who started his career on the underground stage and rapidly rose to World stage by staying loyal to his original core followers and making hit songs like "Feelin' Myself" feat Lloyd. Other Steve Lobel acts include "Bizzy Bone" of "Bone Thugs-n-Harmony" a hip hop music group, formed in Cleveland, Ohio U.S., in 1991. It consists of rappers Krayzie Bone, Wish Bone, Flesh-n-Bone, Layzie Bone, and Bizzy Bone. Rapper Eazy-E of the group N.W.A signed Bone Thugs-n-Harmony to Ruthless Records in 1994, when Bone Thugs debuted with EP Creepin on ah Come Up. That EP included the hit single "Thuggish Ruggish Bone."In 1995, the group released its second album, E. 1999 Eternal, which included hits "1st of tha Month" and "Tha Crossroads." A tribute to the recently deceased Eazy-E, "Tha Crossroads," won a Grammy award in 1997. The Art of War, the group's third album, was also released in 1997. Mr. Lobel began signing more acts to A2Z Entertainment in 2010. Hiphopdontknowü is Lobel's latest venture that reaches out to the youth to educate them about the business of music and can be seen wearing his own exclusive gear at events worldwide. Currently he is managing Scott Storch.