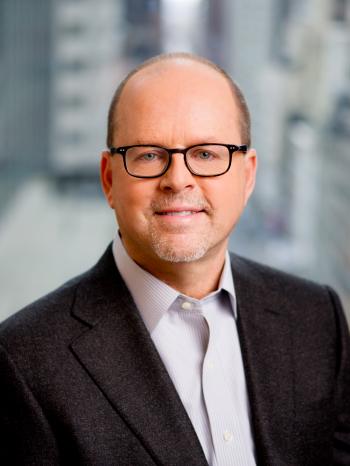 Co-President,
Sony ATV
New York, NY, USA
Danny Strick came to Sony/ATV in 2004 in the role of US President. Upon the arrival of Martin Bandier in 2007, Strick became Co-President, US, with responsibility for East Coast A&R as well as the Nashville, US Latin, and Latin American divisions. This role has taken on increased significance since the merger of Sony/ATV and EMI Music Publishing has made the company the #1 Music Publisher in the world. After the departure of Jody Gerson in mid-2014, Strick was the most senior creative executive in the US company, reporting directly to Bandier. Rick Krim joined as Co-President in mid-2015.

In 2006, Strick promoted Troy Tomlinson to the position of President and CEO of Sony/ATV Nashville. He continues to run the division, which is the #1 company in Nashville, with stellar artists such as Taylor Swift, Brett Eldridge, Thomas Rhett, Dierks Bentley, Eric Church, and Luke Bryan. Hit writers including Dallas Davidson, Tom Douglas, Rhett Akins, Brett Beavers, and Casey Beathard continue to rule the charts in Nashville.

In 2007, Strick revived the Sony/Acuff Rose moniker, Hickory Records, and released the debut album of American Idol finalist, Elliott Yamin. He was responsible for the A&R and marketing of the project which sold 700,000 albums worldwide, 1,000,000 downloads and garnered a Top 3 Pop radio single with the hit, “Wait For You.”

From 2000 to 2004, Strick was a senior A&R executive at Maverick Records where he signed Michelle Branch and was responsible for the A&R on her albums, The Spirit Room and Hotel Paper. These albums combined have sold over 4 million units and generated five Top 10 Pop singles.

From 1996 to 2000, Strick was President of BMG Songs, the US division of BMG Music Publishing. Under his leadership, the company experienced strong growth fueled by a number of major signings including Cypress Hill, Wu-Tang Clan, Nelly, Beck, Erykah Badu, Ace Of Base, Duncan Sheik, House Of Pain, among others. He also played a pivotal role in the acquisition of more than 50 catalogues at BMG including Santana, Christopher Cross, Peter Cetera, John Hiatt, BB King, Barry Manilow, Donny Hathaway, and John Lee Hooker. Prior to coming to BMG, he spent 6 years as a song plugger at Jobete Music, CBS Songs and MCA Music Publishing.

Strick is a native of Los Angeles, California. He graduated from Hollywood High School and then UCLA with a BA in Psychology. He lives in Westchester County, New York with his wife and two children.