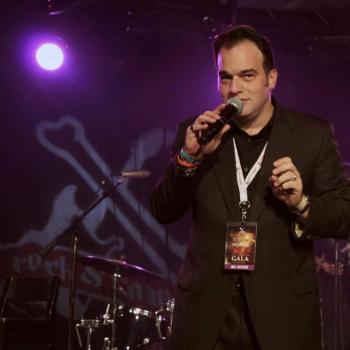 @SMHillman
Sean-Patrick literally grew up in the fields of advertising and public relations with his parents having successful careers in both industries. Hillman began his career in his teens in the mailroom of his mother’s PR agency, Corbin-Hillman Communications, working as a nightclub promoter at night. At university, he focused on journalism, interning at The Charlie Rose Show and CNN. He was then hired, at age 19, as the youngest producer in broadcast history for CNNfn, CNN’s financial news network.

Sean-Patrick is also a serial entrepreneur. In 2012, ahead of the bacon-craze, he opened Baconery, a bakery that marries bacon with baked goods for a sweet, salty and savory flavor profile. Using his publicity skills, Hillman earned his award winning bakery features in The New York Times, The Wall Street Journal, Time Out New York, Eater, Travel Channel’s Bacon Paradise 2 and many more! Currently, Hillman is working with several travel industry veterans to launch a new platform for the travel trade; has two television shows in development and is about to open a new high-end mixology lounge concept in New York’s Hell’s Kitchen as well as a new management and marketing company for artists, songwriters and producers.

Sean-Patrick is married to Singer/Songwriter Kylie Edmond and they live in Manhattan with their dogs, Snickers and Rolo. Their love of animals inspired the power couple to start Rock & Rawhide, a charity that helps increase the level of adoptions for dogs and cats in shelters. In just three years they have delivered over $1,000,000 in relief to shelters and rescues! As a third-generation New Yorker, Hillman can often be found during the summer taking in America’s Favorite Pastime at Yankee Stadium.