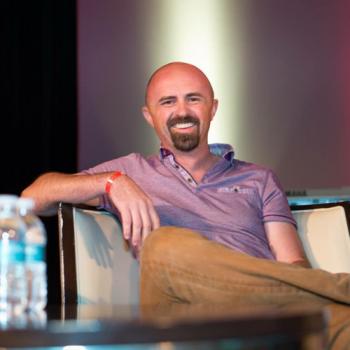 Director of Programming & Imaging,
Benztown
Burbank, CA, USA
Since the mid 90’s, Justin Case has immersed himself in everything radio. He made his radio debut in Albuquerque, New Mexico at the young age of 14. He's done it all from part time before he could drive, to afternoons/mixshow coordinator/imaging director/voice over artist and more. Justin received his Master’s certificate in music production & technology from the Berklee School of Music in 2008. In 2012 Justin took a leap and became the Director of Programming & Imaging with Benztown. Justin, age 33, is a true Radio Renaissance Man.

He oversees all Programming, Voiceover, Custom Imaging, and Commercial VO for Benztown, an international radio imaging, production library, programming, and voiceover services company based in Burbank, CA, and Stuttgart, Germany. Justin's work serves over 2,300 affiliates on 6 different continents. Along with Andy, Benztown CEO, He oversees the curation of all 20 of Benztown's production libraries across 13 formats including AC, Hot AC, CHR, Country, Urban, Rhythmic, Classic Hits, Rock, News/Talk, Sports and JACK. He produces content for 4 of these libraries, and oversees a team of 8 Production Directors/Format Captains around the world.

In 2014, Justin was appointed to the Nielson/Edison research "Audios 30 under 30" list, honoring top talent in radio and audio. He has been honored by the New Mexico Broadcasters Association) with an award for Best :60 commercial. He was also named "Best Radio DJ" by Albuquerque Local IQ and "Best Club DJ" by Albuquerque Alibi.