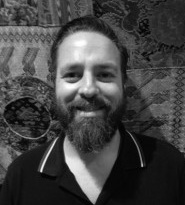 For almost 15 years, Custom-Made Touring was responsible for bringing acts as diverse as Isis, These Arms Are Snakes, Tegan and Sara, Skinlab, Brant Bjork, Hot Snakes, Mariachi El Bronx and their punk rock alter egos, The Bronx, to Australia (the latter performing their first ever sold out show in the world at Sydney’s Annandale Hotel in 2004).

In 2011, Batty merged the agency side of the business with Sydney based talent agency Artist Voice. As an agent, he currently represents acts such as Neil Finn, CW Stoneking, Sarah Blasko, Tegan & Sara, Trailer Park Boys, Lemonheads, Hard-Ons, Jen Cloher and many others.

Batty has also enjoyed success as a manager, first guiding Sydney act Henry’s Anger to an ARIA nomination in 1999, then steering the career of legendary punk act the Hard-Ons. Since 2009 he has managed Sydney quartet The Jezabels, establishing them initially as a successful touring and recording act in Australia, and now as an internationally-renowned outfit with sell-out shows in Britain, Europe, America and Canada to their name. In Australia, The Jezabels have achieved Gold status for two of their three EPs, Platinum status for the other, as well as Gold status for their debut album, Prisoner, which debuted at Number Two on the Australian charts. Prisoner was also released around the world via separate territory deals. The Jezabels’ follow up, The Brink, also debuted at #2 and the band are currently entrenched in international touring in support of this album.