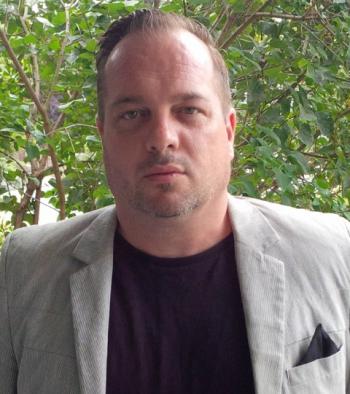 National Sales & Marketing Rep/A&R,
eOne Music
Toronto, ON, Canada
Nathan Quinn serves as A&R / Label Acquisitions with one of the leading independent record labels, Entertainment One Canada (eOne Music Canada). With over 20 years’ experience in the Canadian Music Industry Nathan bring an expertise into the A&R role that are matched by few. Under the tutelage of Legendary Canadian music producer Jack Richardson, Nathan learned the art of production and engineering from one of the masters. In 1992 he took a position with preeminent music retailer HMV and quickly worked his way up to music buyer. Moving to Toronto in 1999, he accepted a position with Sony Music Canada in the sales & marketing department, and in 2002 welcomed a position working radio & promotions. In 2004 Nathan continued on in his position post the Sony BMG merger and a year later helped to develop the RED Label division in Canada. During his tenure with the company Nathan worked with and had a hand in developing everyone from David Bowie to Beyoncé, Franz Ferdinand, Travis, Modest Mouse, System Of A Down, Kings Of Leon, The Trews, Our Lady Peace and Chantal Kreviazuk to name a few.

In 2007 Nathan took a position with leading video game distributors Synergex Inc., where his role was to expand the distributors business in Latin/South America. Helping to coordinate deals with brands such as WWE, Sesame Street and Gaiam, Nathan helped to build strong new partnerships in new territories between these brands and retail partners in Mexico, Brazil, Columbia and Argentina.

Nathan transitioned to Entertainment One Canada’s music department (formerly Koch Entertainment) as National Sales & Marketing rep in 2008, working with the distributors key retail partners HMV, Amazon among others. In 2010 Nathan headed up the development of the launch of eOne Music Canada label, helping to evolve their move from straight distribution. Since then Nathan has signed and helped work and develop some of Canada’s most prominent young artists like Dan Talevski, The Standstills, The Wild!, Secret Broadcast, Gloryhound, along with International acts such as Rival Sons, Black Label Society (Zakk Wylde), The Game and many, many more.