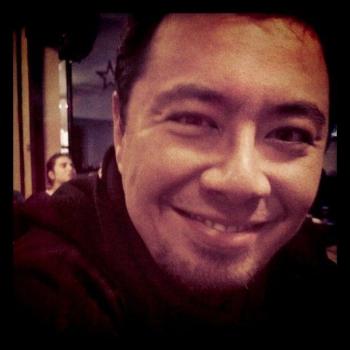 @pablomiyazawa
Pablo Miyazawa is a Brazilian journalist, 33 years old, born in Sao Paulo. Graduated by PUC-SP in 1999, he works in the publishing industry since 1998. Currently, he is editor-in-chief of Rolling Stone Brazil, the biggest, top-selling pop culture publication in the country.

His career as a journalist began at the publishing house Conrad Editora, where he participated in the creation of Nintendo World magazine, the first licensed publication targeted at videogames in Brazil. At Conrad (and later at Futuro Comunicaçao), he participated in the creation of dozens of publications between 1998 and 2006: edited the Herói magazine, specialized in entertainment, Eastern culture, movies, TV and comics; created the project and edited the magazine Clube, targeted at children; created and developed the project for publications in the games area, such as EGM PC, SuperDicas PlayStation, among others; edited the Pokémon Club magazine, specialized in Japanese culture; participated in the development of manga comics by Conrad, such as Dragon Ball, and countless others; collaborated and provided consulting to several titles of the publishing house’s literary line, Conrad Livros; co-edited and collaborated with PLAY magazine, an avant-garde publication specialized in digital entertainment, and finally, for two years was editor-in-chief of EGM Brasil magazine, a license by the American Electronic Gaming Monthly, at the time the most important publication about games in the world. In September 2006, he started his professional blog, Gamer.br, targeted at the Brazilian market of games and their derivates, which was on air for five years.

In 2006, he was invited to join the recently formed team of Rolling Stone Brazil magazine, edited by Spring Publicaçoes, as the magazine editor and responsible for music and variety articles – news, interviews, special reports, profiles, reviews and bylined articles. In 2010, he became editor-in-chief, and is currently in this position. In the magazine, he published profiles and interviews with musicians, actors, filmmakers and sportsmen such as Matt Groening, James Cameron, Sylvester Stallone, Max and Iggor Cavalera, Slayer, Liam Gallagher, Franz Ferdinand, Zooey Deschanel, Ronaldinho Gaúcho, Anderson Silva, Danny Boyle, Hugh Jackman, Scarlett Johanson, Will Smith, Neil Gaiman, and Frank Miller. Some of his articles were also republished in international editions of Rolling Stone, such as in Russia, Mexico, Chile and Argentina.

He also has stories published at the Folha de S. Paulo and O Estado de São Paulo newspapers, SET magazine, specialized in movies, and MTV magazine, specialized in pop culture, at the ESPN sports magazine, and hosted a section at the TV show Notícias MTV. He was also co-founder of the website Gardenal.org currently in standby. Created in 2003, the website’s proposal was to disseminate the concept of digital philanthropy via a self-sustainable and varied portal of blogs, years before the so-called “social networks” became popular.