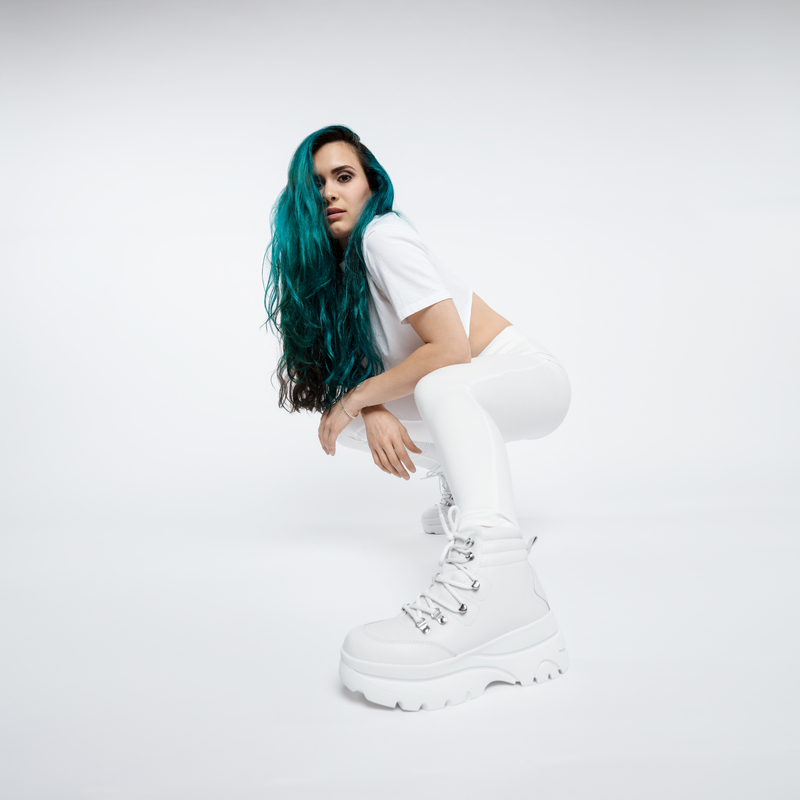 Pop
Christee Palace is a pop singer/songwriter hailing from a large family of musicians in her hometown of Windsor Ontario. Christee got her start achieving local and Canada wide success with her first EP “Alive Today” and two follow up singles— her songs “Out of Time” and “Light It Up” both charting in Canada’s Most Active Indies chart in their first few weeks on radio. This drove her to pursue music on a larger scale, relocating to Toronto Ontario to record her newest EP with a vibrant new team of writers and producers.

Her first single “Harden My Heart” was released October 27th, 2018, approaching 120,000 streams and attracting over 10,000 monthly listeners worldwide on Spotify, with the music video amassing over 110,000 views on YouTube within its first 4 weeks of release. her second single “Love Me in the Dark”, debuted on Global TV’s morning show January 25th, 2019 and released February 1st, 2019, now approaching 115,000 streams on Spotify.

Christee’s captivating charisma and polished live show have gained her exciting performance opportunities— on April 4th, 2019, she opened for pop/rap artist Sean Kingston at St. Clair College in Windsor. Christee was awarded the opportunity to open for the Indie Awards at the Phoenix Concert Theatre in Toronto on May 11th, 2019 for winning the Jim Beam National Talent search, in which she received an Indie Award. Most recently, Christee opened for pop group Walk Off the Earth for two consecutive sold out shows in Windsor and Kitchener.

Christie’s EP “Harden My Heart” was released July 5th, 2019. The collection of 4 tracks capture the essence of heartbreak in its many forms through an edgy pop approach and bold pop beats. Christee’s song “Wrong to Say Goodbye” was featured on three major Spotify playlists- new music Friday Canada, New Music Now, and It’s a Bop.