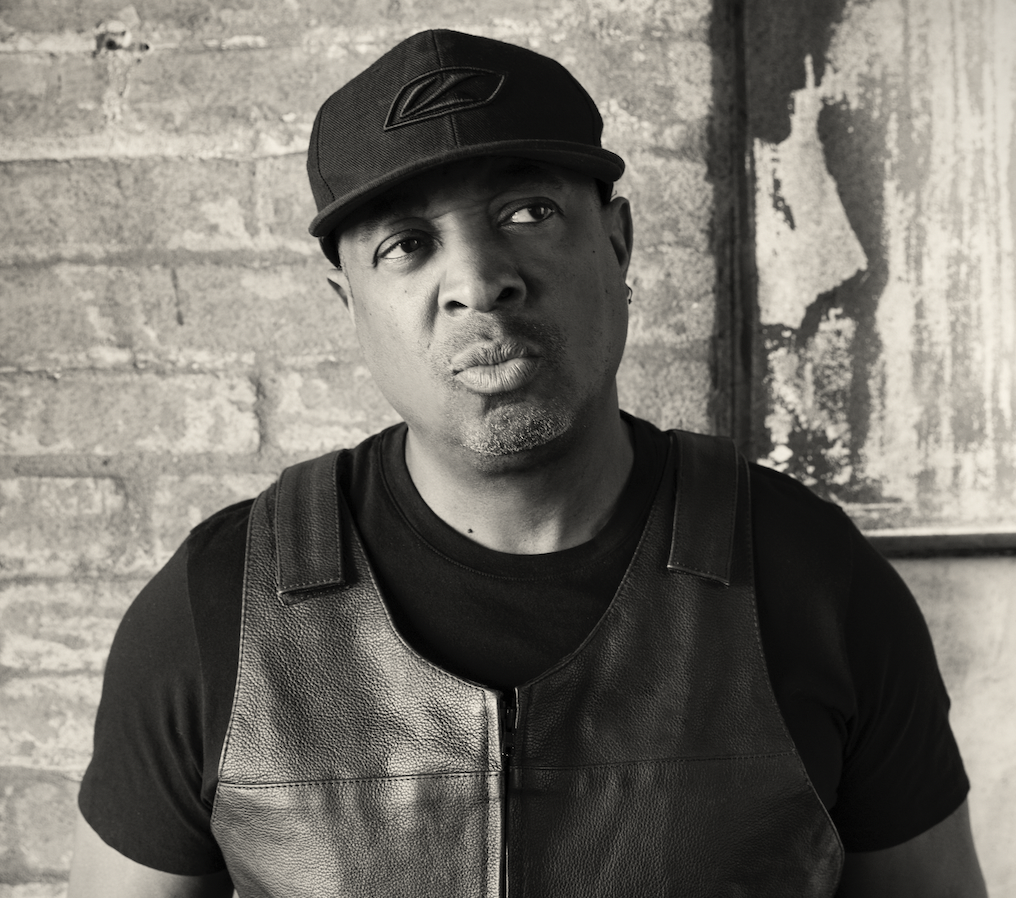 Leader and founder of legendary group Public Enemy and part of the supergroup Prophets of Rage, Chuck D is a social activist, author and digital music pioneer.  He first rose to acclaim in the 1980’s with a string of critically lauded and commercially successful albums that addressed weighty issues about race, rage and inequality with a jolting combination of intelligence and eloquence never seen before.

The New York Times has named Public Enemy’s music to their list of the “25 Most Significant Albums of the Last Century” and in 2005 The Library of Congress included Fear of a Black Planet in a list of 50 recordings worthy of preserving that year in their National Recording Registry.  In 2013, Public Enemy was inducted into the Rock and Roll Hall of Fame.  In 2015, Public Enemy’s “Say It Like It Really Is” provided the powerful backbeat to the trailer for the critically-acclaimed film, Selma, and “Harder Than You Think” was selected for NBC’s official Super Bowl XLIX commercial after being the cornerstone of the 2012 Paralympics campaign (which drove the song into the UK Top 5).  When the new National Museum of African American History and Culture in Washington, DC began curating its archive, the group was asked to donate iconic items from their history.  And in 2020, Public Enemy received a Lifetime Achievement Award at the GRAMMYs.

Chuck D is also a visual artist whose work has been shown in galleries nationwide, a best-selling author (including 2017’s 300-page “This Day In Rap and Hip Hop History”), a highly-sought after speaker on the college lecture circuit, has been a prominent member of music industry non-profit organizations MusicCares and Rock The Vote (which honored him with the Patrick Lippert Award in 1996 for his contributions to community service), runs his own record label, SpitSlam, and launched the websites Rapstation.com, HipHopGods.com and SheMovement.com.  He has served as national spokesperson for Rock The Vote, the National Urban League and the National Alliance of African American Athletes.  In 2018, Chuck was named the Chairman of the Celebrity Board for the forthcoming Universal Hip Hop Museum in New York.

Chuck has co-hosted an episode of the lauded PBS series on the Blues, created by Martin Scorsese, and the critically-acclaimed Watts-Stax documentary.   He also wrote the theme song to ESPN’s Monday Night Baseball show, as well as the 2003 ESPY Awards and hosted the network’s documentary Ali Rap in 2006, which was nominated for several Sports Emmys including one for his theme song composition.  Public Enemy’s song, “Harder Than You Think,” was used as the theme song to the MLB Network’s 2013 baseball season coverage and Chuck, along with Amani K. Smith, composed and contributed additional music to LeBron James’ Showtime docu-series, “Shut Up And Dribble” in 2018. He was the host of a 2006 Sundance television special, Chuck D’s Musicians Studio, where he interviewed Quincy Jones at length, returned to the network for an episode of Iconoclasts with Kareem Abdul-Jabbar and was an executive producer of their lauded Dream School series (2014).

He formed Enemy Radio in 2019, the DJ-MC soundsystem component of Public Enemy and toured throughout Europe with Wu-Tang and De La Soul. In June 2020 he released the single “SOTU (STFU)” with Public Enemy and a few weeks later the group later opened the 2020 BET Awards with “Fight the Power Remix 2020,” featuring guest performances and new lyrics by Nas, Rapsody, Black Thought, YG and Questlove. In August 2020, Public Enemy announced a return to Def Jam, the record label that launched the group’s career, led by the release of “Fight the Power Remix 2020.”  A new album, “What You Gonna Do When The Grid Goes Down,” will be released on September 25.