Preston Pablo has just released his new single, “Ay Ay Ay,” and was announced as one of the performers on the Juno Awards broadcast, March 13, in Edmonton, on which he will join Banx & Ranx and labelmate Rêve 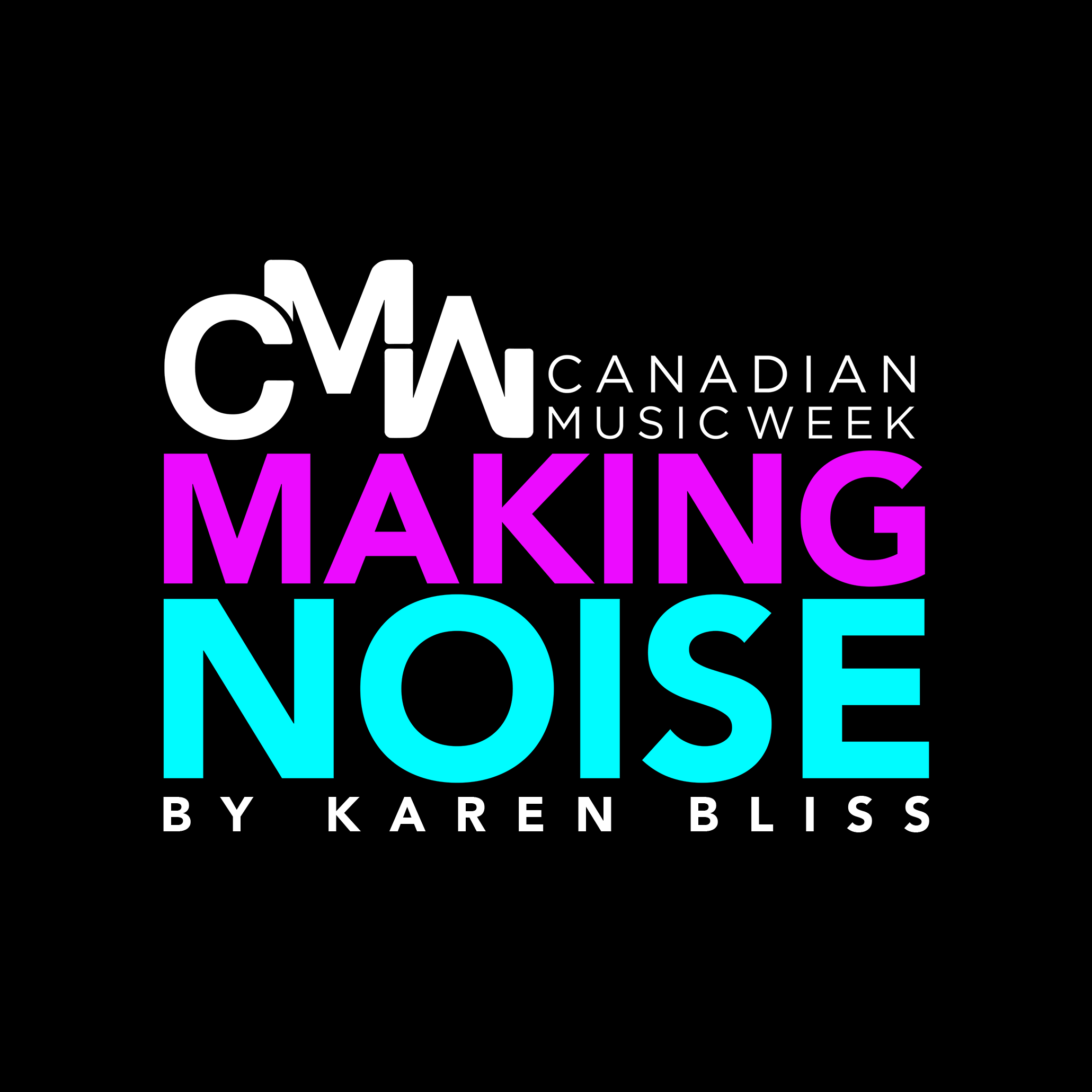 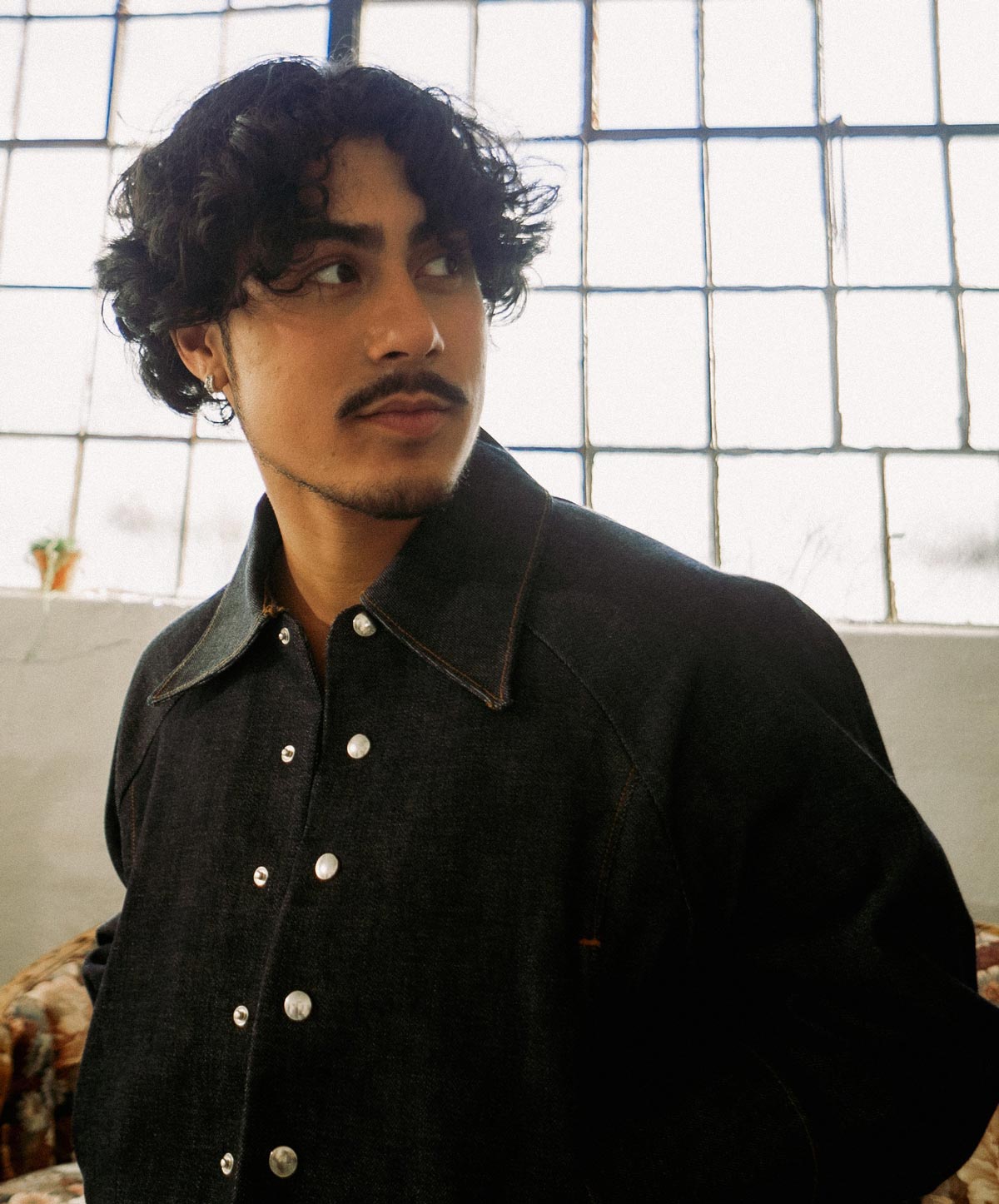 Preston Pablo’s manager Mathew Fruitman says the “Flowers Need Rain” hitmaker “has everything that we look for,” which is why Toronto’s Coalition Music, long-time career handlers for multi-platinum sellers Our Lady Peace and Simply Plan and others, added the 21-year-old pop/R&B singer, songwriter and multi-instrumentalist to their artist roster.

He has just released his new single, “Ay Ay Ay,” and was announced as one of the performers on the Juno Awards broadcast, March 13, in Edmonton, on which he will join Banx & Ranx and labelmate Rêve.

“He cares a lot about his art and deeply thinks about it. He is extremely creative and, on top of that, is a good person and represents himself extremely well,” Coalition’s Fruitman tells CMW’s Making Noise.

In March of 2022, 31 East partnered with Universal Music Canada, as producers, songwriters, remixers and recording artists.

Pablo’s first major label single was with Banx & Ranx, their hooky collab “Flowers Need Rain,” which he co-wrote with the pair and Sara Diamond. Released last April, it became one of Canada’s top 30 most listened to songs of 2022, as per Mediabase. The single is now double platinum in Canada (160, 000 digital downloads) and is currently No. 1 at main AC radio (week of Jan. 15), the first debut single from a Canadian signed act to reach that position since Carly Rae Jepsen’s “Call Me Maybe” in 2012.

“’Flowers Need Rain’ was a huge song in Canada and it’s my biggest song to date,” Pablo tells Making Noise. “It really opened a lot of doors for me and showed me what the music game has to offer and what I have to offer. It’s the first song I’ve ever had go to radio. It’s definitely a high for me, but it’s hard because now it’s continuing this momentum and trying to figure out how to gain more success and grow my fanbase.”

According to stats provided by UMC, “Flowers Need Rain,” has surpassed 51 million global streams, received multiple global Viral Top 50 Spotify playlist adds (such as Germany, South Africa, Australia and New Zealand), and reached the No. 1 most Shazamed track in Canada in Summer 2022. He capped 2022 with two songs in the top 5 at Mainstream AC, his cover of the 1934 holiday classic “Winter Wonderland” (No. 2) and “Flowers Need Rain” (No. 5).

He followed it up in late October with the all-in ballad “Love You Bad,” but has emerged from the holiday break with “Ay Ay Ay,” a finger-snapping fresh and fly Crabbuckit-style pop track about hungering for fame and fortune. The music video will be released at the end of January.

“It’s different than ‘Love You Bad’ and ‘Flowers Need Rain,’” Pablo says. “It’s craziness, it’s unorthodox in a lot of ways, but it’s very much me.  It has a very catchy drum groove to it. It’s very bouncy and very energetic. I think the song speaks for itself better than I can explain it.”

UMC’s Craig “Big C” Mannix, vice-president of Black music, says the label will be working closely with its international partners for 2023 to break Pablo globally.

“’Ay Ay Ay’ is going to be our strict main focus,” Mannix says. “‘Flowers…’ is still gonna do what it’s doing. In some parts of the world, it’s still an introductory track. People are just getting to know him. It’s his calling card, so to speak, but for the major markets, it’s going to be a full press on ‘Ay, Ay, Ay.’ We will going to the U.S. with Preston and working with our partners there [Republic] and also the UK [EMI]. We’ll go wherever it’s needed to go and help grow his brand.”

All this success has come fairly quickly for Pablo. As a kid in the small town of Timmins — population 42,000 — he was drawn to music at an early age, discovering Justin Bieber and learning his dance moves and lyrics. His first instrument was drums, but he soon learned guitar and piano, and started writing his first songs at 16. Influenced and encouraged by his older brother Dawson, who records under the name pablø, he posted his first single at 18, 2019’s “OMO.” It racked up 648K Spotify streams, according to UMC.

“He continued to gain traction with a series of releases,” his bio reads. “Tapped for the compilation Bangers Only, Vol. 1, he linked up with fawlin and Chill Only for ‘Circles’ [3.3 million Spotify streams] and SauceOnly and Zeegs for ‘When We Were Kids,’ which racked up over 6 million Spotify streams. His 2020 single ‘One Sided’ amassed 1.4 million Spotify streams as he joined forces with pablø…for She Tried It,’ ‘Control,’ and ‘Ideas.’ On the heels of ‘Chargie,’ [music blog] Banger of the Day predicted, ‘We are expecting Preston to have another big year.’”

After high school, Pablo tells Making Noise he had taken a year off to work and figure out what he wanted to do. Music was “a passion project,” he says. “It didn’t seem like something that was available as a full-time career.” Instead, he enrolled in computer engineer technology at Algonquin College in Ottawa but lasted less than a semester. Meanwhile, all this music he was making and releasing accumulated almost 20 million streams, UMC calculated.

It was a classic friend of a friend situation that led to his deal with 31 East.

“This friend of Soké’s [name unavailable] was working with a friend of mine [O A K $] in Timmins and they were exchanging music and talking about their music that they were making,” Pablo relays. “My friend sent my stuff over to Soké’s friend, which ultimately ended up getting back to Soké and then Soké reached out to me through Instagram. That’s how everything started.”

Pablo is ecstatic to be with Coalition after a brief false start that sometimes befalls eager but green-to-the-business young talent.

“I don’t even really know if you can call it a manager, but before Coalition I had signed to this manager that I had never even met,” he says. “It was all through the phone and it was very sketchy. I should have never signed anything. It was one of those random people who have lots to offer over the phone and then nothing to deliver when it comes time. But I wouldn’t really count that honestly. My first official management company has been Coalition.

“I worked with Coalition for quite a while before even signing or legitimizing any sort of contract, which looking back was very beneficial because that way it was more so them just doing me a favour and it worked out because they’re amazing. Without them I would definitely not be in this position right now. So I owe a lot of the success to them, for sure.”

Fruitman says the markets “that have put up their hands so far” have been the U.S., Germany, Australia and, interestingly, India.

“India came on board very early on with Preston, even before Universal started working with him. They were championing a lot of his songs.  Then in 2022, we put out a song that’s half English, half Punjabi that Preston’s on. It’s a cover of ‘Ain’t No Sunshine’ for Spotify Singles. So that keeps on bonifying him in the Indian market.”

The song was with two Punjabi artists, Ikky, an artist Coalition manages and co-owns his label, 4nrecords, and Himmat Sandhu.

“We’ve had such great success in Canada, there’s not much more we could have done in our first year of going to market,” says Fruitman. “Now, it’s really how do we parlay that success globally? How do we take what we’re starting to build here and what people are excited about and find other territories to buy in? And then, on top of that, to build him as a real global touring act. So all year we’ll be out there finding opportunities, making fans across the globe.”

Pablo is booked by Paquin Artists Agency, his responsible agent Jason Furman, assisted by Danielle Goldberg. He played his very first show at the end of last April, School Night at Toronto’s Drake Hotel, then did some shows over the summer, and his first tour in November opening for Tyler Shaw in Canada. In December, he played his first-ever U.S. show, also School Night, at New York’s Mercury Lounge.

“As soon as I got off the stage, the first time I had ever played a show, I realized it felt right and I needed to be doing that as much as possible. I fell in love with it instantly,” says Pablo. “There’s no better feeling than being able to play your songs for a live audience and be able to see their reaction in real time and to be able to express myself on stage in real time. It’s a special moment every time. I’m just really looking forward to traveling and playing as much shows as possible. meeting new people, and just really mastering my craft.” 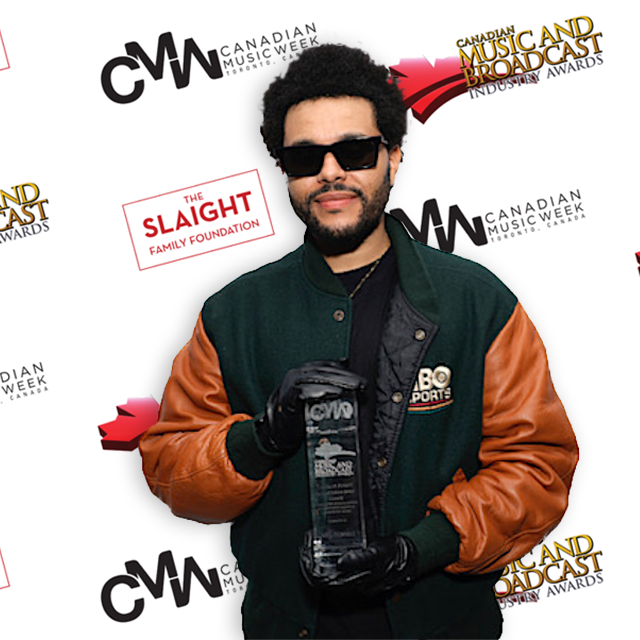 How To Catch A Hook: Creative Decisions In The Studio

Learn how producer/engineers help shape songs with artists and songwriters by making technical and creative decisions that influence the final outcome of a sound recording. Topics covered: the art of collaboration in the studio, creating a sonic palette, hooks and... 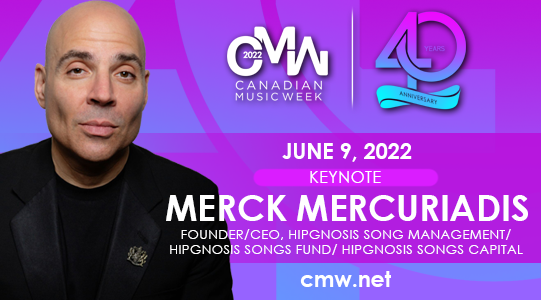 “The most disruptive force in the music business, changing the game for songwriters and artists”  Hipgnosis Songs Founder & CEO Merck Mercuriadis Comes Home to Celebrate Canadian Music Week’s 40th with a Keynote Speech Canadian Music Week is delighted to announce... 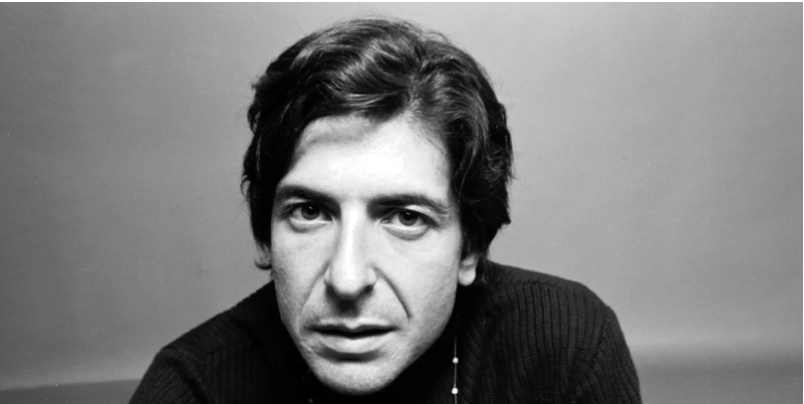 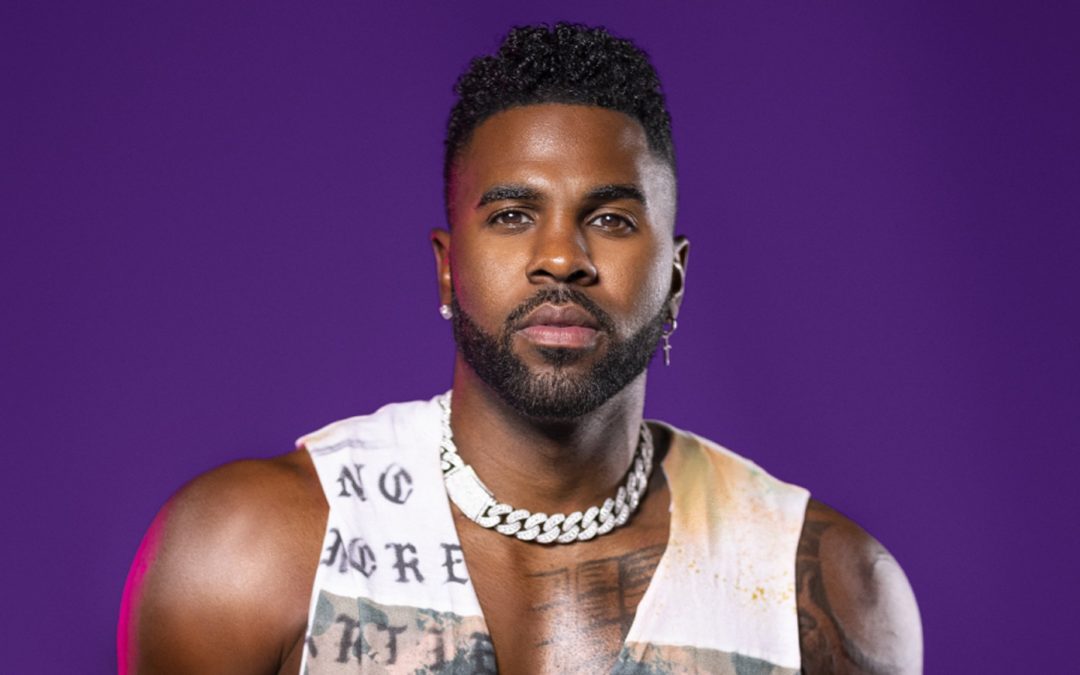 How Jason Derulo Cracked TikTok’s Code and Resurrected His Career