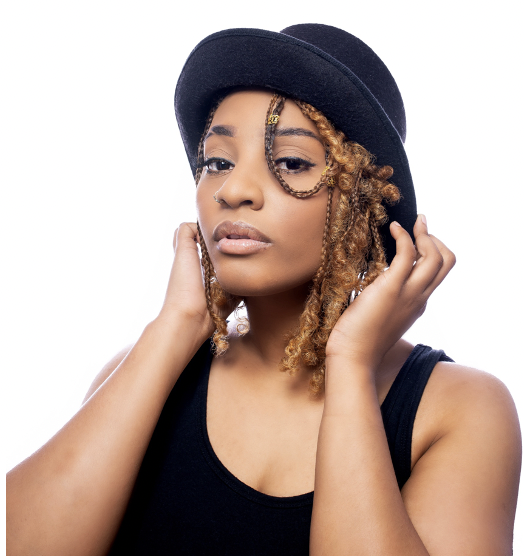 Reeny Smith is a powerhouse on the stage and in the studio. Singer, songwriter, musician, and producer, her age – and her modest disposition – may be deceiving. That has changed with the release of her soul-inspired, ‘W W III: Strength Courage Love,’ and her most recent single, ‘Love Trumps Money.’

Reeny has captured much attention and high praise from the industry, having an already long list of awards and many accolades to her credit. She has collected over a dozen awards, including three ANSMA Awards, four Music NS awards and two ECMA’s.

Reeny’s music was recently featured on CBC’s Diggstown. Celebrating her involvement in the series, she was included in their intimate live sessions special, performing acoustic versions of her most recent creations. Her music has been heard in such films as “Love By Accident” and her banging club track “Good Girl Swag” was featured in the hit CBC TV series, “Workin’ Moms”. Her music has been synched 15 times in Canada.

Internationally, Reeny has generated releases in both Japan and Taiwan, co-writing and adding her distinctive melodies, lyrics and presence to artists around the globe. This included three songs for Mandarin hip hop superstar, J. Sheon. Back home, she was also the voice and producer of her own rendition of a unique take on “What A Wonderful World” for Tourism Nova Scotia’s most recent campaign.