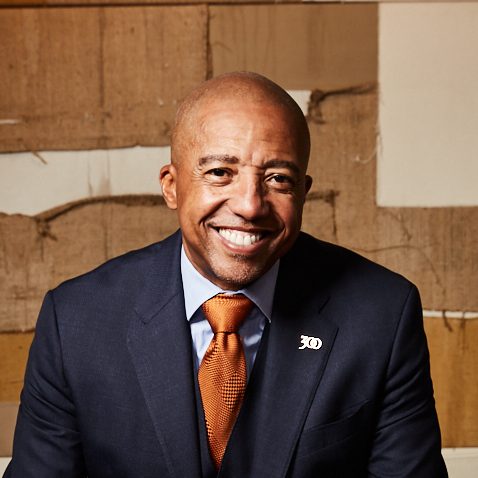 When unique business scenarios call for leaders who can bring reinvention, revitalization and rebirth, Kevin Liles is the right person for the job. For more than 20 years, he has been instrumental in helping companies to persevere through uncertainty—market shifts, industry evolution, consumer habit changes and technology integration—and reach significant business and revenue growth. Repeatedly, he has emerged as an innovator, business strategist and risk taker who transformed startup and emerging brands into well-recognized, respected market leaders.

Stabilizing internal operations, developing the right infrastructure and fostering inclusive work environments that support deliver sustainable, profitable growth are among his many leadership pillars. In his current role as the CEO for 300 Entertainment, Kevin is executing forward-thinking, market-relevant ideas, concepts, programs and services in a constantly shifting industry. Since his taking over full reign in 2017, the company has experienced a consistent trend of business, market and revenue growth and other successes that are well documented in industry highlights. Prior to taking on that role, Kevin launched a new business venture that embodied his vision for niche brand management solutions, focusing on emerging artists, athletes, celebrities and high-profile businesses. Pioneering what he called the “COO of the brand” approach, he quickly built a successful, fast-growing multimillion-dollar operation in just five years.

When Warner Music Group needed an infusion of strategic innovation and business reinvention, Kevin was selected for a newly created leadership role. Making swift, market-driven decisions, he was pivotal in helping the company to survive and thrive in a time of industry turbulence, intense market competition and consolidation. One of his major initiatives was laying the foundation and operational structure for a new business vertical (artist ancillary services) that blossomed into what is now a $200M business. In addition, he orchestrated critical cultural and operational shifts that bolstered the company’s value proposition and market distinction when the industry was being encroached by a “do-it-yourself” movement.

Kevin’s tenure with Island Def Jam Music Group is vast and impressive—from his early days as an intern to diverse management roles and later being selected as the President—he influenced many aspects of business operations and organizational culture. Through new initiatives, he established an infrastructure that propelled business growth, brand elevation and market expansion including new business verticals and global offices in Germany, United Kingdom, France and Japan. He was a key strategist during the negotiations surrounding the company’s sale to Universal Music and later oversaw all operational integration and cultural assimilation efforts.

Today, Kevin’s reputation as thought leader and disruptive innovator is chronicled in top media outlets including New York Times, CNN, MSN, Wall Street Journal, Forbes and Crain’s. He is very active in the philanthropic world and is routinely engaged with political and business leaders at the local, national and international levels. In 2015, he launched the Minority Male Makers in partnership with Verizon to encourage young middle-schoolers to pursue STEM careers.

Kevin’s global work on education and entrepreneurship culminated in the 2010 Medaille de la Ville de Paris award, the highest honor for individuals making contributions to Parisian culture. In addition, he received an honorary Doctor of Law degree from his alma mater, Morgan State University where he originally studied engineering.