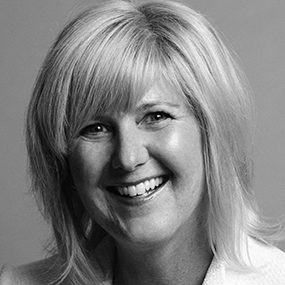 Jennifer Sloan is the Vice President, Public Policy at Mastercard. In her role, Jennifer develops and manages Mastercard’s public affairs and government relations programs in Canada. She has extensive experience across all aspects of government, media and public relations, and internal & external affairs.

Prior to joining Mastercard, Jennifer was Director, Government Affairs, Target (Canada). At Target she led a national team responsible for the strategic management of all government affairs activities at the federal, provincial, and local levels of government. Her team was Target’s primary interlocutor with all industry and trade associations and lead stakeholder management.

For over 20 year, Jennifer worked with some of Canada’s leading government and political figures. She was the Consul, Head of Political/Economic Relations and Public Affairs at the Consulate General of Canada in New York City, where she worked to promote Canada’s interests in NY, Connecticut, New Jersey and Bermuda. Prior to this, Jennifer worked as a Chief of Staff for the Minister of International Cooperation (CIDA) after having served as the Director of Communications and key counsel to the Honourable John Manley through his various portfolios, including Deputy Prime Minister and Minister of Finance.

Jennifer is the vice-chair of the Canadian American Business Council (CABC) Board of Directors. The current and first independent chair of Music Canada’s Board of Directors; and is the immediate past chair of the University of Georgia’s Grady College of Journalism and Mass Communication’s Board of Trust (BOT). Jennifer is a Vital Voices Global Ambassador. She previously served as the president of the Grady College Alumni Board, the president of the Canadian Club of Toronto, a director of G(irls)20 and was the chair-elect of the Ontario Chamber of Commerce (OCC) Board of Directors.

In 2019 Jennifer was recognized with Mastercard’s North America President’s Award. She was also honoured with a 2019 Mastercard CEO Force for Good Award. She was inducted into the Grady Fellowship at the University of Georgia in November 2013; bestowed the Henry W. Grady Alumni Award at the University of Georgia and the Sigma Kappa National Colby Award in 2007; and a Minister’s Citation for Foreign Policy Excellence in 1996.

Jennifer has a Bachelor of Arts in Journalism from the University of Georgia in Athens, Georgia.