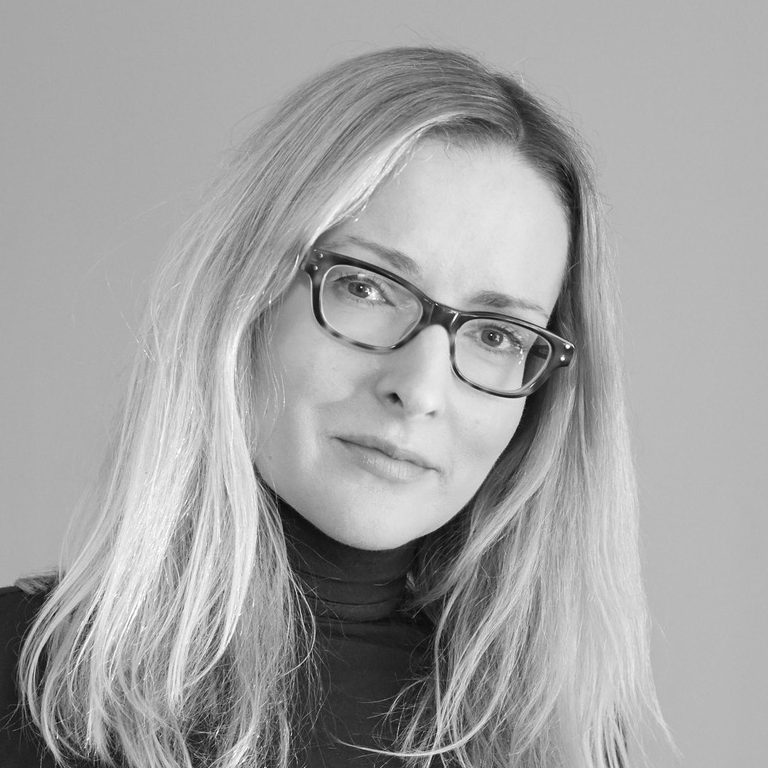 Director,
“Rockfield: The Studio on the Farm”

Hannah Berryman specialises in bringing past tense narratives into the here & now. Her documentaries focus on history & the arts, most recently the BBC2 documentary looking at the seminal feminist protest and social and political struggles surrounding the ‘Miss World 1970’ contest; other films include  BAFTA shortlisted The Brick in the Wall Kids, Grierson nominated High Society Brides & shortlisted Princess Margaret: The Rebel Royal & A Very English Education for the BBC; and Rose D’Or Arts nominated film with dancer Akram Khan Can We Live With Robots.

Hannah had a burning ambition to make documentaries from her childhood spent perched on a kitchen stool watching everything from ‘7 Up’ to 9 hour long ‘Shoah’ – it was her window into the lives of others. She has made nearly 20 television documentaries, mainly for the BBC, many with an historical and arts bent, always finding out how people’s lives turn out. ‘The Brick In The Wall Kids’, shortlisted for BAFTA, followed up on the famous Pink Floyd record with Roger Waters and the kids who sung, to find out about much more than a song – about the lives of the inner city London kids and the education they were getting. The Grierson nominated and highly commended award winning ‘High Society Brides’ looked at what happened to the women photographed as debutantes on the eve of their marriages. And the Grierson shortlisted ‘‘A Very English Education’ looked at how the lives of boys from the upper end of the class spectrum turned out after their boarding school education, which was documented when they were children in a BBC 1980 series ‘Public School’. Taking an experimental dance journey with contemporary dancer Akram Khan into how our lives might be in a world of A1 in ‘Can We Live With Robots’ garnered her a nomination for best European Arts Film in the Rose D’Or awards last year. This year’s BBC2 documentary “miss World 1970: Beauty Queens & Bedlam’ followed up on the people taking part in and protesting the 1970 Miss World contest, a pivotal moment for feminist struggle and race poitics. And her 2-part series last year for the BBC on Princess Margaret took a critically acclaimed immersive look at the life of the rebel royal and her changing times, through the words of those closest to her and rare archive, and got the highest BBC2 audiences of the year with it.

Four years ago I was captivated by the film ‘Muscle Shoals’ about the unusual American music studio. As an avid music fan, I started to think about other unusual music studios here in the UK and whether their stories had all been told. Unbelievably, considering its pedigree, the story of Rockfield, set on a farm in the Welsh countryside and hosting some of the biggest bands of our times, had never been documented, so I called them up and visited to find out more. After getting to know the family they agreed I could document their story for the first time. Kate Townsend, then at the helm at BBC’s Storyville strand, gave me a small development and hooked me up with Ffilm Wales, who in turn put me in touch with local Welsh producer Catryn Ramasut. Catryn had experience of other music feature documentaries, and indeed her own partner had recorded at Rockfield back in the 90’s, so she was the perfect partner for this film. We wanted to find out what it was about this remote rural studio that had attracted some of the biggest names in rock music. What we found was a charming, eccentric but down to earth family who made the rock stars feel welcomed like family themselves, and gave them the freedom to be creative, with all the ups and downs that entailed. We wanted to illuminate artistic inspiration, and certainly found it here. The peaceful, green environment and the isolation enabled some of the bands to produce their best work.