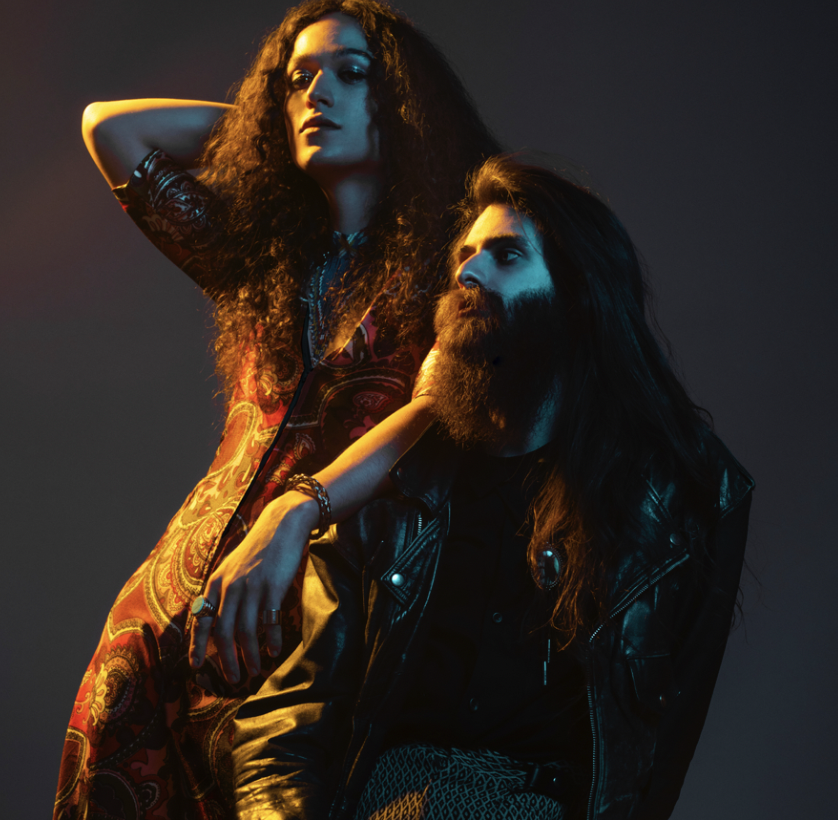 Hailing from Southwestern Ontario, powerhouse Canadian rock duo Crown Lands –Kevin Comeau (guitar, bass, and keys) and Cody Bowles (vocals and drums) –are a startling fresh jolt of energy, making music that brings together a range of influences from folk and blues to psychedelic prog rock. The group’s name is indicative of their musical ambitions: “Crown Land” is territorial area belonging to the monarch—or, as Bowles (whose own heritage is half Mi’kmaw, an Indigenous tribe from Nova Scotia) puts it: “Crown Land is stolen land and we are reclaiming it.”

Crown Lands’ self-titled debut album, produced by Grammy-nominated Dave Cobb, was released in the summer of 2020, to widespread acclaim from the likes of Guitar World, Kerrang!, and American Songwriter; coverage from the BBC and the CBC. The band have returned with two new songs, “Context: Fearless Pt. 1”and “Right Way Back.” The tracks revisit their prog-rock roots and point the way to a limitless future while also connecting the group to their legendary countrymen Rush, the band that served as their initial inspiration, in ways they never could have expected. Crown Lands enlisted long-time Rush producer Terry Brown to craft the early version of “Context: Fearless Pt. 1”and after taking the song on the road, the band refined song’s structure. The band then teamed up with Nick Raskulinecz –who worked with Rush in the later years –to re-record the track and David Bottrill—who remixed Vapor Trails, Rush’s 2002 comeback record – to produce the vocals.