Following their sold out show at The Axis Club last fall, Crown Lands will perform at The Phoenix Concert Theatre on Tuesday, June 7, 2022. This is CMW’s chance to celebrate its own past and the lift-off of a band that represents the future.

Crown Lands – featuring guitarist, bassist and keyboardist Kevin Comeau and two-spirited Mik’maq vocalist/drummer Cody Bowles – were named the Breakthrough Group of the Year at the Junos. And they’ve spent the past year confirming that status.

“Crown Lands means stolen land, and we are reclaiming it,” says Bowles, of the band’s trajectory and message. Their powerful, progressive sound, wrapped around lyrics of Indigenous resistance, has attracted worldwide attention. On the heels of their acclaimed White Buffalo EP and single, Crown Lands will join Grammy winners Greta Van Fleet on their Dreams in Gold arena tour.

Crown Lands will be joined at the CMW kickoff party by special guests BRKN LOVE & Sam Coffey and The Iron Lungs.

“At CMW, over the course of 40 years, we’ve been in a privileged position to witness the evolution of Canadian talent and of the continuous growth of social awareness in our music,” says Canadian Music Week President Neill Dixon.

“Crown Lands music is both powerful and necessary, even as it entertains fans. It sets a standard for a generation that demands the truth about our hidden history.

“On June 7, we will celebrate the longtime role we’ve played in showcasing Canada’s best, while being mindful of our continued responsibility to a better tomorrow, musically and socially.” 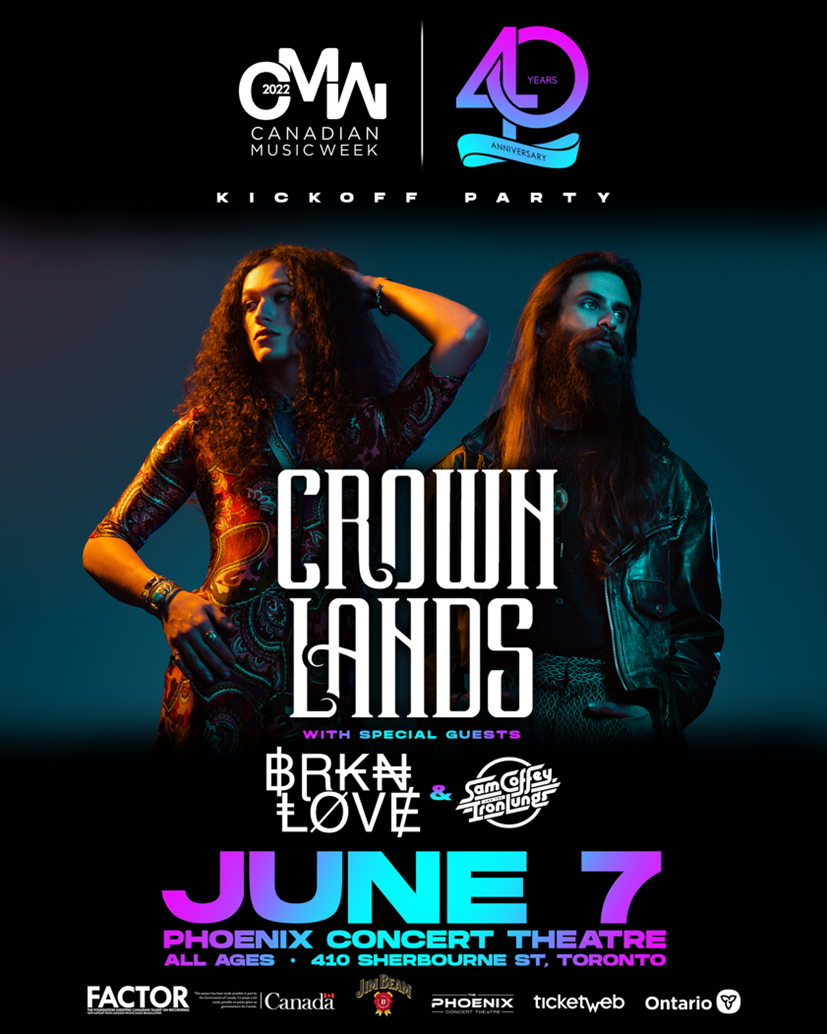