TORONTO, ON – (October 31, 2012) – Canadian Music Week is pleased to announce Graham Henderson as the 2013 inductee to the Canadian Music Industry Hall of Fame.  An esteemed entertainment lawyer for 14 years, 5 year Senior Vice President at Universal Music Canada, and President of Music Canada for the past eight years, Graham Henderson stands at the forefront of advocacy for music and those who create it. On Thursday, March 21, 2013, he will be honoured amongst his peers at the Canadian Music & Broadcast Industry Awards gala taking place at the Koolhaus in Toronto.

“If you looked up the definition of a member of the Canadian Music Industry Hall of Fame you’d see Graham Henderson’s photo,” said Bernie Finkelstein, Founder of True North Records and The Finkelstein Management Company. “His brilliant and dogged work on bringing Canada’s antiquated copyright laws into the digital age alone merits this honour, to say nothing of his many years of service to so many Canadian artists and companies.”

“When Neill called to inform me that I had been singled out for this honour, I will confess that I was deeply honoured but also profoundly surprised,” says Henderson. “It is not often that those of us who labour in the background or on matters as abstract as policy and copyright are invited into the limelight.  I have been privileged to work with the most extraordinary people in my career which should be reward enough.  I got into this business with the idea of helping artists to find a path to their dreams.  Through them, I realized my own.”

In his role as President of Music Canada, Graham Henderson has operated as a principal influencer and change agent for policy development and the rebuilding of the marketplace for music. His stance on copyright and the protection of creators’ rights has earned him the support of his colleagues and contributed to the creative vitality of the music industry in Canada.

Representing the interests of major Canadian music companies, while fueled by an understanding of the interconnectedness of the creative community, Henderson has worked tenaciously to promote the cultural and economic value of music, successfully repositioning and rebranding the organization in 2011 from one focused largely on federal issues. He recently commissioned a “Tale of Two Cities”, comparing the music scenes in Toronto and Austin, to underscore the economic potential and power of the music cluster and the strength of music as a tourism and brand asset.

During his tenure as Senior Vice President of Business Affairs and Ecommerce at Universal Music Canada, Henderson was instrumental in the launch of Canada’s first legal digital music download service – Puretracks.com – while managing the label’s e-commerce strategy.

A lawyer since 1987, Henderson began his legal career at Canada’s largest law firm – McCarthy Tétrault – before founding his own practice and establishing it as one of the leading entertainment law boutiques in Canada. His clients included a veritable who’s who of Canadian music at the time – including 54-40, Crash Test Dummies, Loreena McKennitt, Alannah Myles, Pursuit of Happiness and Randy Bachman together with audio and video producers, songwriters, and various record labels such as True North, Somerset and Virgin.

Henderson has spoken on intellectual property issues in Canada and around the world and has lectured on its legal aspects at University of Toronto’s Faculty of Law and at the Osgoode Hall Law School of York University. For 10 years, Henderson taught entertainment law at the University of Toronto, where he was an Adjunct Professor.

Henderson has been married 24 years to Margo Timmins of the Cowboy Junkies, and is a devoted coach of his son Ed’s soccer team (which has won the championship for two consecutive years). 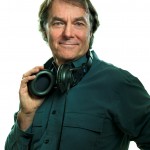