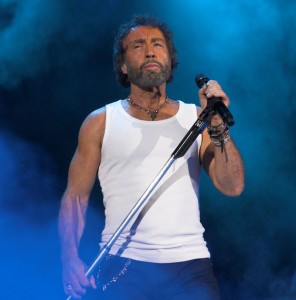 His career spans 43 years and counting. Within them, he has formed and led three of rock’s legendary bands – Free, Bad Company and The Firm – along with his own career to worldwide success. He has written, recorded, produced and released 30 albums which have gone on to sell over 90 million in total. His songs have left an indelible mark on music – topping several charts and winning numerous awards – while his voice has earned him acclaim as one of Rock’s greatest singers. A consummate writer and performer, he has recorded and/or performed with the who’s who of rock – including Jimmy Page, Jeff Beck, Brian May, David Gilmour, Buddy Guy, Joe Walsh, Slash, Nils Lofgren, Charlie Watts, Bryan Adams, Motown’s Sam Moore, and The Four Tops while continuing to tour internationally. On Saturday, March 24, 2012, platinum selling singer, songwriter and self-taught multi-instrumentalist Paul Rodgers will entertain CMW attendees with CMW attendees with an intimate celebrity/performance and revealing tales behind his classic hits and more.