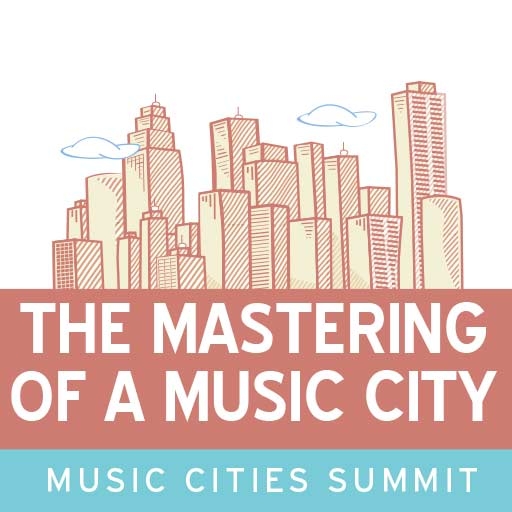 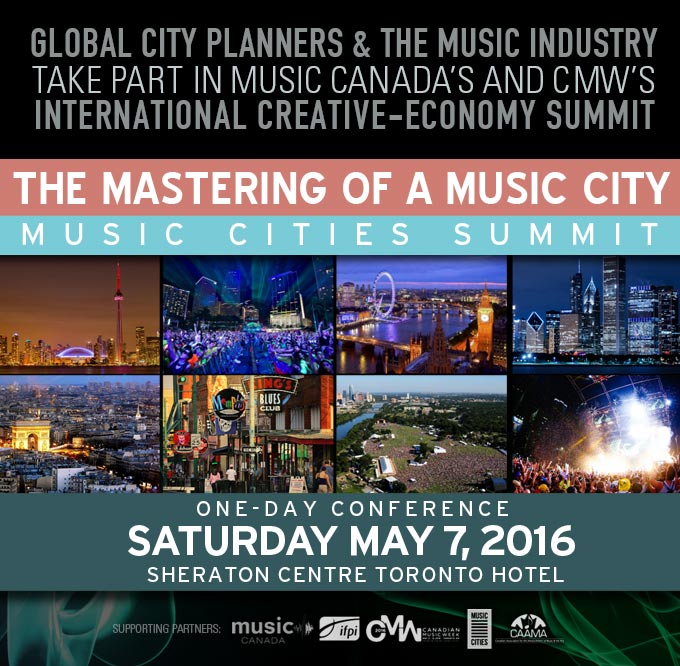 Global city planners and the music industry take part in Music Canada’s and Canadian Music Week’s international creative-economy summit “The Mastering Of A Music City.”
The day-long summit takes place during Canadian Music Week on Saturday, May 7, 2016 at the Sheraton Center, Toronto.  Individual tickets are available or you can gain access with the CMW VIP pass.
The “Music City” is a true 21st Century paradigm – a shared realization that cities across the globe enjoy an often-huge economic dividend from the creation, performance and reception of music.
Whether it’s Austin, Texas, where music tourism represents half the city’s economic output from music, or Melbourne, Australia, where live music accounts for 116,000 jobs, or Toronto, where the Canadian recording industry has a $400 million impact, that song you hear is sung by robust civic economies worldwide.
“The Mastering Of A Music City” Conference – a joint event by Music Canada the international recording industry groupIFPI,Music Cities Convention and Canadian Music Week – will explore in-depth the relationship between creative city planning, quality-of-life and the music industry.
The event was inspired first by Music Canada’s Report on Toronto’s 2012 Music City initiative with Austin, and directly byMusic Canada and IFPI’s internationally-acclaimed report The Mastering of a Music City, Key Elements, Effective Strategies and Why it’s Worth Pursuing. That report created a global stir when it debuted at the annual international music trade conference, Midem, in Cannes, France.
A practical, how-to document, “The Mastering Of A Music City” offers a concrete list for municipalities worldwide to create a music-friendly infrastructure – including the institution of music offices and advisory Boards, the opening of public spaces and places to music events, audience development and music tourism initiatives.
Entrepreneurs, industry executives, tourism experts, artists and musicians from London to Nashville will join in sessions that break down the value of the musical creative community from the economic to the esoteric.
“Ultimately the goal is to create a more sustainable music community where artists and professionals can enjoy successful careers,” says Graham Henderson, President & CEO of Music Canada. “We want to see a world without musical borders.”
Frances Moore, IFPI Chief Executive adds: “Just imagine a world where you can go from country to country and find music cities in every one. That would be good for artists, good for record companies, good for city leaders and good for the wider public that just wants to enjoy great music.”
“Were pleased to continue the Music Cities debate at Canadian Music Week,” says CMW PresidentNeill Dixon. “The Mastering of a Music City’ initiative is one of the most exciting we’ve ever been involved in, with a tremendous potential economic upside.”

Register Now and Save! 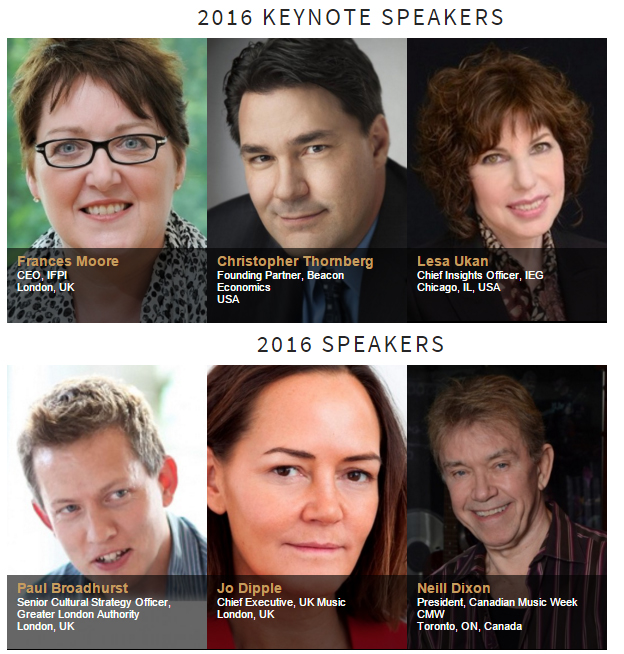 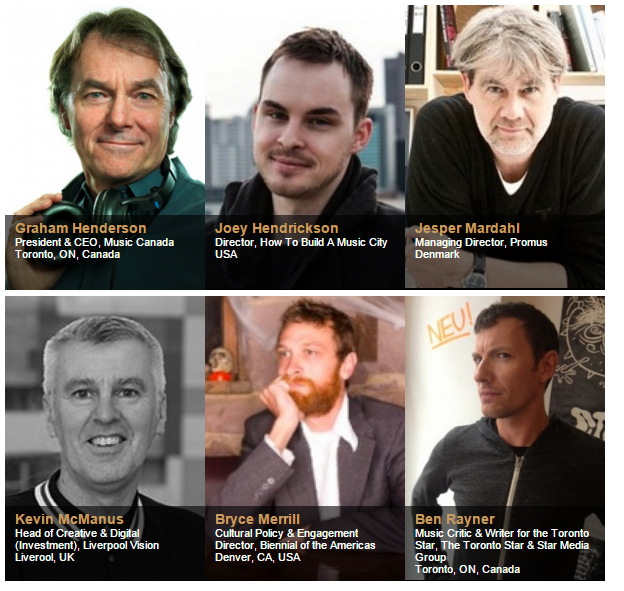 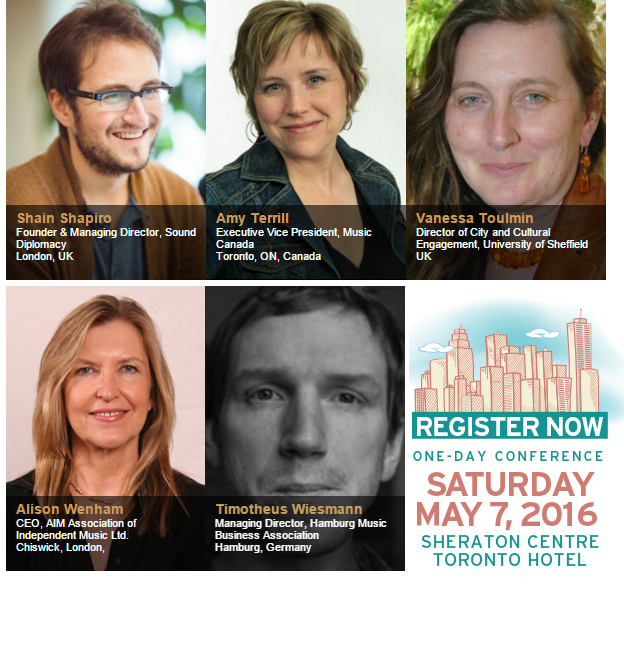