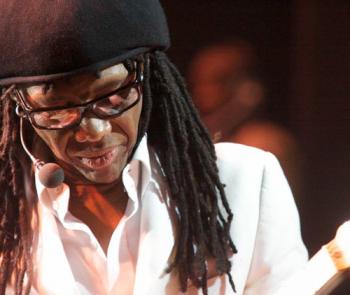 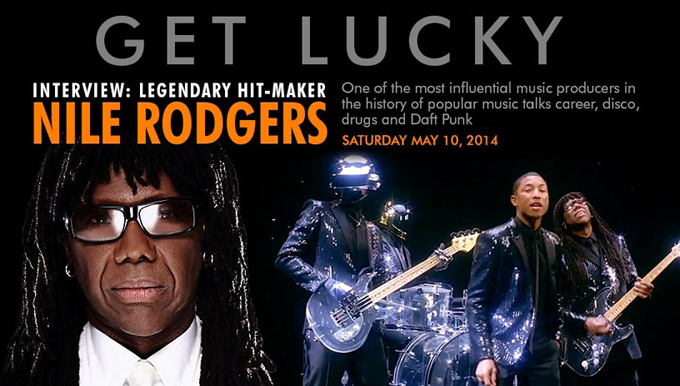 Renowned musician, composer, arranger, and guitarist, Nile Rodgers, is considered one of the most influential music producers in the history of popular music. A hitmaker in every sense of the word, his career spans multiple decades shaping the style and works of some of the industry’s greats – from Madonna to Diana Ross, and David Bowie to Daft Punk. OnSaturday May 10th at CMW 2014, in a Q&A session – and accompanied by The Hitmaker (his trusty Fender Stratocaster) – the music legend will discuss his illustrious calling and how “Get Lucky” has become the most significant song of his career.

Nile Rodgers’ pioneering work through the 70’s with Ashford & Simpson, Luther Vandross and his own band CHIC, scored numerous top ten hits and helped propel Disco to new levels of popularity. Songs like “Le Freak” and “Good Times” became dance club standards, while the chart-topping success of “Le Freak” marked the only triple platinum selling single for Atlantic Records. That success would peak through the 80’s with groundbreaking hits “Upside Down” and “I’m Coming Out” (Diana Ross); “Let’s Dance”, “China Girl” and “Modern Love” (David Bowie); “Original Sin” (INXS); “The Reflex” and “The Wild Boys” (Duran Duran); and “Like a Virgin” and “Material Girl” (Madonna) to name a few.

Nile went on to produce, compose and/or play on some of the best-selling recordings of all time, including music for Mick Jagger, Peter Gabriel, Jeff Beck, The B-52s, Britney Spears, Joss Stone, Maroon 5, Coming to America (Soundtrack) and many more. His work can also be heard on the film soundtracks for Beverly Hills Cop 3, Blue Chips, The Flintstones, Rush Hour 2, Snow Dogs, Thelma and Louise, The Beavis and Butthead Experience, and Semi-Pro starring Will Ferrell.

Nile continues to break ground producing and releasing music for critically acclaimed video games – Halo (Series), Resident Evil, Gears of War – as well as collaborating with top pop and EDM artists world-wide, including Avicii, David Guetta, Adam Lambert and UK dance duo Disclosure. One of his latest co-writes – Daft Punk’s smash-hit “Get Lucky” – put his career back in the spotlight and proved once again that Nile Rodgers is still at the top of his game.