In Conversation With Hollywood Entertainment Manager Lee Trink at CMW2014 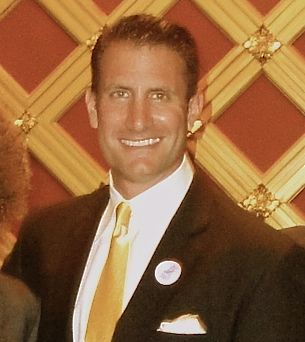 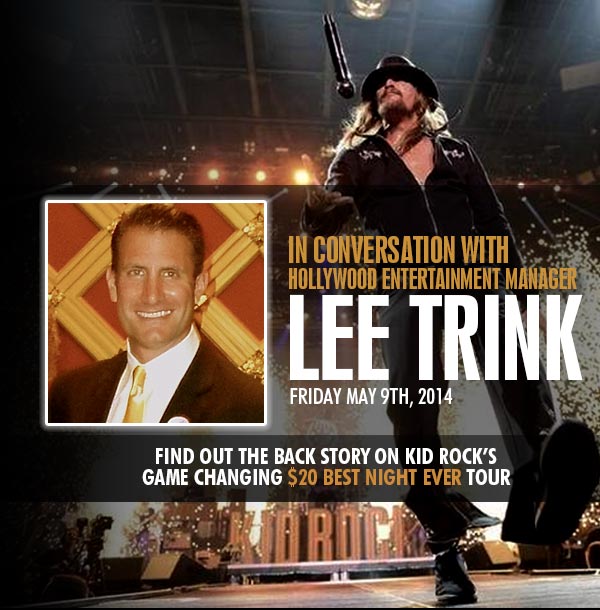 When Kid Rock revealed his $20-ticket tour in the spring, it was with the support of this man. When Christian rock bands P.O.D. and Skillet were the first to meet with mainstream success, it was thanks to this man. In a special presentation at Canadian Music Week 2014, In Conversation with Hollywood Entertainment Manager Lee Trink, delegates will discover the back story on Kid Rock’s game changing “$20 Best Night Ever” tour, Trink’s progressive moves to revolutionize the music biz, and his knack for breaking new talent and records.

President and Founder of Dare Mighty Entertainment, Lee Trink is credited with developing and managing the careers of multi-platinum recording artists Kid Rock and Uncle Kracker as well as global brands like Harley Davidson and Jim Beam. In 2010, he co-produced the Denzel Washington / Tony Scott film Unstoppable which went on to receive numerous award nominations.

Powered by a maverick mindset, Trink is continually on the forefront challenging music industry conventions.  In a move that would rethink the concert industry, he ventured with Kid Rock into uncharted territory, structuring a deal with Live Nation to revamp ticket and concession pricing for the artist’s 2013 U.S. summer tour. With a standard $20 ticket for every seat at every performance and reduced prices on beers, parking and merchandise, shows witnessed almost a threefold increase in audience attendance.

Under his leadership of EMI’s Capitol Music Group, the company achieved tremendous strides in the toughest climate in record label history and broke more artists under Trink’s tenure than any other major label within the same time period.  At EMI, he helped devise and oversee global marketing plans for The Rolling Stones, Coldplay and Lenny Kravitz among others.  At Lava Records, he was instrumental in breaking such artists as Kid Rock, Simple Plan, Uncle Kracker and Skillet as well as launching campaigns by multi-platinum artists matchbox20, Sugar Ray and Trans-Siberian Orchestra.

To find out more about this entrepreneur’s climb to the top, and his impetus for bucking trends, register now for your delegate pass. Early bird pricing now in effect.