Five years ago I conducted in-depth research into equality and diversity in the UK music industry. I found that despite the veneer of multiculturalism and gender diversity music often presents, it was an industry unwilling to face the fact it was a deeply unequal sector to work in.  And denial of course, in all its manifestations, contributes to the perpetuation of prejudice. My study very much focused on the UK industry but my understanding is that North America has faced the exact same challenges over the past few decades.

Specifically my research attempted to find out what leaders of music businesses thought about equality and diversity.  The answers were tough to read.  It struck me that the ones who responded were the enthusiastic ones (they took the time to respond), yet it still uncovered a poor level of support for equality and diversity activities throughout the music industry.  Less than half of music businesses had an equality and diversity policy, far below average compared to other sectors.  Only one in five music organisations monitored their workforce demographics.  Even fewer businesses reported to their boards on diversity initiatives; less than one in ten.  All in all, it revealed how little attention leaders of the industry were paying to an extremely important issue, one that is integral to the music industry continuing to thrive.

Leaders of businesses are essential in creating more equitable working environments. My data demonstrated that a culture with a better understanding of equality and diversity issues halved the numbers of organisations who had no women working in them at all and increased female senior management and leadership statistics by over 20%.  And nearly the same improvement with their Black and Minority Ethnic workforce too.  With the insights I gathered, my main aim was to persuade music industry leaders that creating a fairer work environment is not only necessary and possible, but also brings transformative business benefits, such as selling to new markets, greater creativity and innovation and increased cost savings.

There is hope. What I have noticed over the intervening years is that change has occurred in the industry’s attitudes towards equality and diversity issues.  There is much more willingness to recognise that the lack of diversity in all of its manifestations is an issue that is detrimental to the sustainability of the industry.  I can’t take any credit for this – there has been a seismic and persistent shift in cultural attitudes in the general populace as a whole over the past few years (gay marriage, female priests, stronger equality legislation and so on), as well as organisations such as UK Music, PRS For Music Foundation and Sound and Music championing from the front.   Coincidentally, all of these organisations have women at their helm.

Monitoring is essential – as the phrase goes: ‘if you don’t know where you are, how do you know where you are going?’  Gender statistics tend to be reported most frequently; it is easiest to record and to deduce. According to the PRS for Music, 14% of its writer members (over 110,000) are female.  This statistic is comparable to those working in the construction industry.  In a population that’s just over 50% female, there is clearly something going on.  We excuse the construction industry for its male bias by saying: ‘well, perhaps only men have the strength to do all of that physical work’, or ’only men are interested in all that huge machinery and engineering and stuff!’  So what is it about creating music that appears, from looking at the statistics, very much a male territory?  Of course we have the phenomenal successes of artists such as Adele, but she is the outlier rather than the norm.

Scratching your head?  Me too.  I just don’t get it.  Go into any school or university and the classrooms are full of talented girls and young women writing their own songs, creating brilliant compositions, with the determination to make a living out of their creativity.

Time does change deeply ingrained social attitudes.  PRS for Music say the membership joining in the past decade shows a 20% female constituency.  This exactly reflects the membership of my own organisation, the British Academy of Songwriters, Composers and Authors; with 20% of our membership female and 27% at board level we are doing better than the industry average. A start, but with room for much improvement.

And then what are the statistics for those from Black and Minority Ethnic communities?  How do we know how many from these communities are in our workforce or making a living out of their musical creativity?  Non-white British people now constitute 13% of the overall UK population and in London that figure rises to 30%. Is this reflected in our industry?  I think I know the answer.

What about the disabled?  This is a term that encompasses many conditions from the learning disabled to the mildly physically challenged, to the profoundly affected, to those living with mental health conditions.  According to research one in five of the UK population has a physical or learning disability.  Even more will have hidden mental health conditions at some point in their lives.  Is this reflected in those working in the music industry too?

What are the barriers these communities face in coming to work for us?  What can we, already in the industry, and our education institutions, and our government do, to better support young women, young ethnic minority people and young disabled people in their studies, training and onto establishing and having flourishing careers?

With this awareness in mind BASCA has started to make small steps in acknowledging this deficit.  We held a seminar of female composers (one from every decade for seven decades!) to a packed audience in the Jermyn Street theatre in London.  This created an exciting debate of the challenges past and present, as well as the opportunities and support that now exists.  We co-hosted a workshop day in collaboration with the Musicians Union with our now Chairman, Stephen McNeff, who found himself in the unusual position of participating on a panel where he was the only man, speaking to an audience that was 90% female!   Our staff underwent training with award winning disability access charity Attitude is Everything in order to learn how to better run events that will welcome disabled participants.  And we were incredibly honoured last year, when Annie Lennox became our first female Fellow.

And there is more to come.  We are organising a ‘Diversity in Composition’ day this October focussing on ethnic minority composers, in collaboration with BBC Radio 3 in Salford.   We are in the planning stages of creating an annual call for works for our members in order to further raise the profile of, and provide performance opportunities, for female composers.  And we are just about to publish further research concerning the numbers of women studying composition – do follow our Twitter feed @BASCA_uk and join our mailing list for further information info@basca.org.uk.
So let’s build on this together.  If each and every company out there did something, one thing, this year to change its attitudes and action towards diversity; the industry would transform. Let’s help all those young women, and all the sections of our community currently under represented, make the move from the classroom to the profession.  If we get this right, a few years down the line, we will all reap the benefits of an even more creative and successful industry. 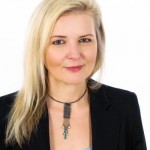 Vick Bain is the CEO of the British Academy of Songwriters, Composers & Authors (BASCA), the professional association for the UK’s music creators and the home of the prestigious Ivor Novello Awards. She has led a number of campaigns within BASCA, launching the Day The Music Died campaign in early 2015 in order to improve the safety, transparency and remuneration for songwriters and composers online. BASCA is also at the forefront of campaigning for the protection of the BBC, greater diversity in the music industry, improving EU copyright legislation, fair compensation for private copying and writer credits on online streaming services. Vick will be at Canadian Music Week 2016 speaking on the “Is Today’s Environment Pro-Creators?” panel on Saturday, May 7th.