WoWaKin are three young people who live in a city but fell in love with rough villagers music and became masters of an old style music. WWK is a musical triangle. Paula Kinaszewska, Bartłomiej Woźniak and Mateusz Wachowiak carry on
instrumental-vocal flirt full of passion, improvisation and surprising ideas. Chemistry between artists turns into an energetic dialogue between banjolele, violin and polish three-row accordion. Wowakin will take you on a journey to country weddings, crazy
suburban dances full of spontaneous, hot energy, night entertainment, vortex of fun and drunken nights. All this is interwoven with
bitter songs about passing away, loss and yearning for youth.
Their sound is row, harsh and a bit dirty.
Wowakin has already played at WOMEX 2017 the official selection, but also in the USA, Belgium, Czech Republic, Spain and Hungary.
They continue the tradition of Polish villagers and their dance music. They learn from the old fiddlers as they develope and continue their old way of playing. The Musicians also run instrumental and dance workshops for traditional music and teach children an old repertoire. They released two albums: Kraj za Miasto (Beyond the city ) 2017 and Wiązanka (The Bunch) 2020.
Wiązanka was recognized in March 2021 one of the best World Music albums (Top10) by Songlines Magazine. On the beginng of May they got a second prize in a National Polish Radio competition for the best Folk album of the year 2020.
They live in Warsaw (Poland) 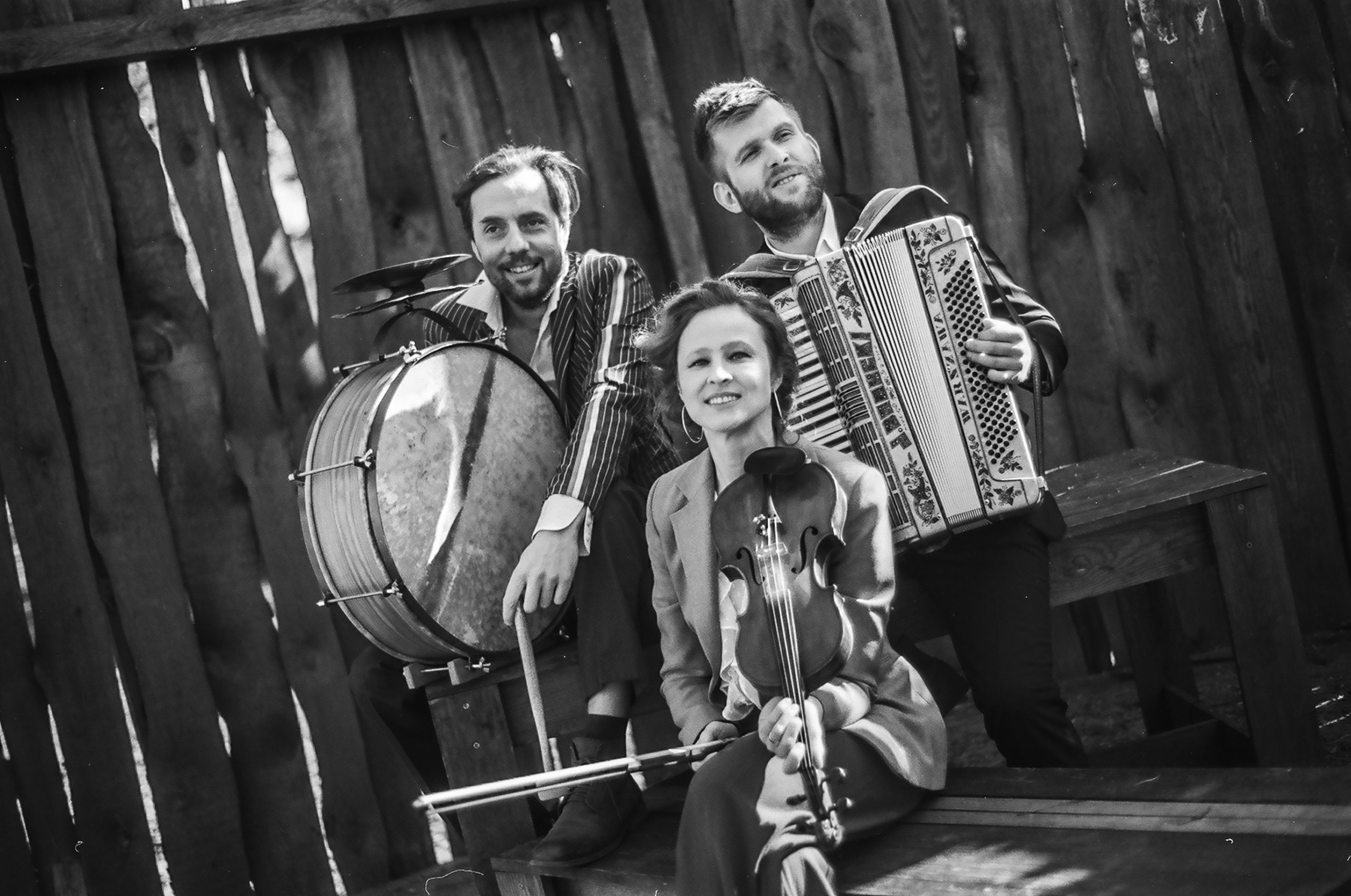