Consisting of young hijab-wearing trio Firdda Marsya Kurnia (vocals and guitar), Widi Rahmawati (bass), and Euis Siti Aisyah (drums), Voice Of Baceprot – often abbreviated as VOB – are an Indonesian all-girl rock band formed in Garut, West Java in 2014. Starting out by performing covers of their idols Rage Against The Machine, Red Hot Chili Peppers, System Of A Down, Metallica, and Slipknot, VOB have since developed their own sound that incorporates their various influences, ranging from rock, rap-rock, and funk rock to nu-metal and funk metal, meshing them into a unique style of rock music.

In 2018, they released their long-awaited self-written debut single “School Revolution”. They became a point of discussion for high-profile global media, including The New York Times, NPR, BBC, DW and The Guardian, featuring them in the pages of their online publication.

In early 2021, in between their online performances for several international festivals, VOB returned to the studio to work on the follow-up to “School Revolution.” It is scheduled to be released in mid-2021. 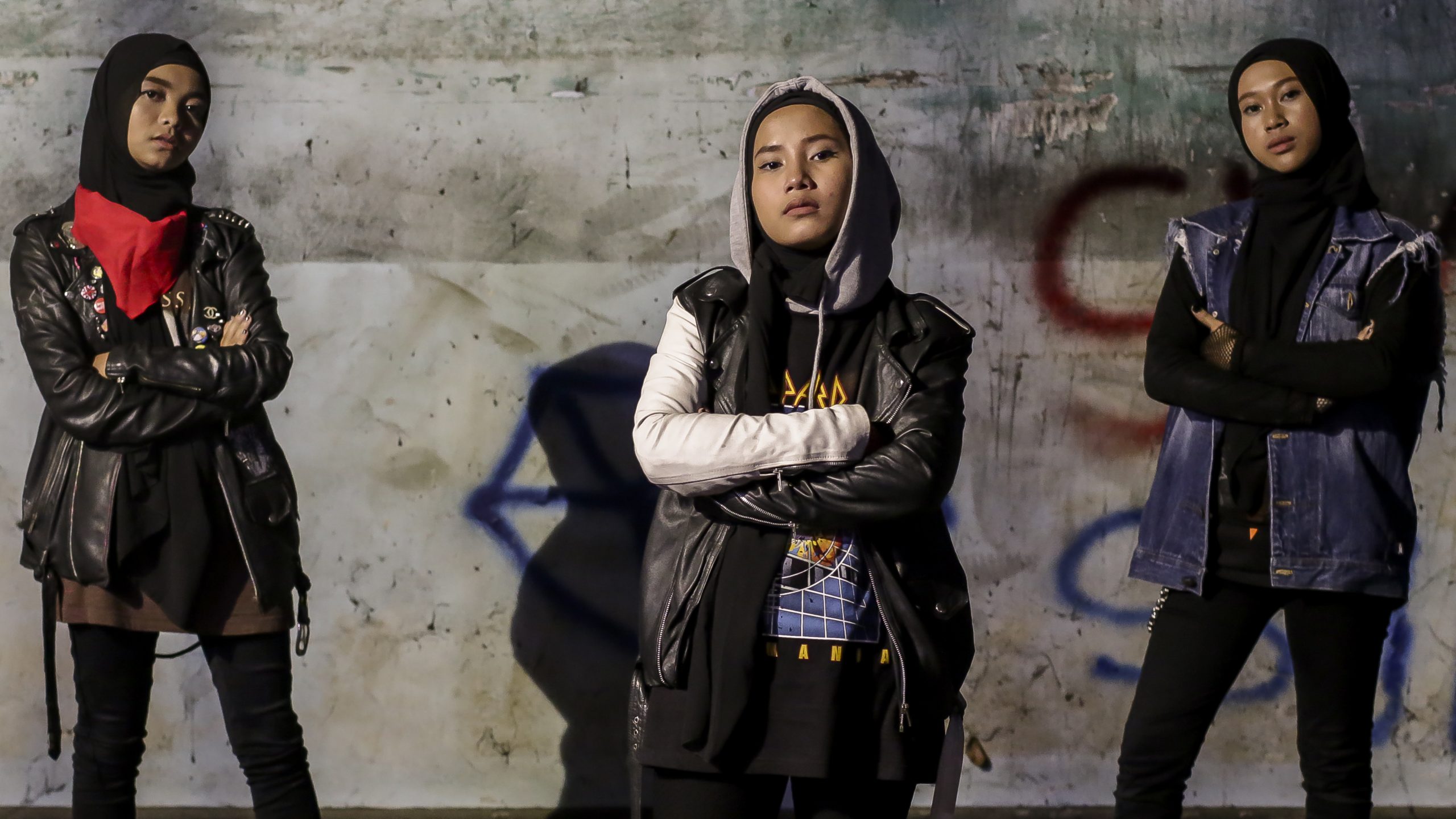