Multi-Award-Winning chart-topping Canadian Indigenous Duo Twin Flames are a husband-wife duo made up of Jaaji, (Inuk and Mohawk) from Nunavik and Chelsey June, métis (Algonquin Cree). Building bridges across cultures, continents, and styles, Twin Flames, brings together a richness of personal history and musical experience. Their songs tell stories of courage and survival written in English, Inuttitut, and French. Honouring their ancestor’s history and representing their Indigenous backgrounds. Twin Flames have become a beloved powerhouse couple well on their way to becoming a Canadian household name.

Since joining together, both professionally and as spouses, Twin Flames have released three full-length albums and have been nominated for 25 Music awards both Nationally and abroad — including 2 Canadian Folk Music Award wins, and 3 Native American Music Award wins — Two number 1 Hits on the Indigenous Music Countdown’s Top 40. They have played more than 1000+ shows throughout Canada, Greenland, the United States, Australia and France. The duo was selected as artist-in-residence for the 2019 Folk Alliance International conference and partnered with UNESCO to write Human the official song to celebrate 2019 International Year of Indigenous Languages. Human was also a part of CBC’s Music Class Challenge in 2020 and reached #1 on the Indigenous music countdown.

Twin Flames have also written songs for musicals which include the theme song Dreamer used for The Dream Catchers musical with the TD Confederation Centre Young Company; most recently Twin Flames wrote a full musical for Sheridan college titled “In Darkness Show me the Stars” performed by the fourth-year students.

Their music video for Broke Down Ski’tuuq was the first Inuttitut music video to be featured on MuchMusic and their songs have been featured in movies and television series such as CBC’s Tallboyz, Trouble in the Garden, David Suzuki’s Nature of things; Trapped in a Human Zoo and The Documentary Okpik’s Dream to name a few. Their music videos “Taanisi” and “Porchlight” were chosen among the films screened at the INDIANER INUIT: DAS NORDAMERIKA FILMFESTIVAL, in Stuttgart, Germany January 2018.

Jaaji and Chelsey’s passions include working with youth and inspiring them to dream without limitations. They are founders of Twin Flames – Sharing Stories of Unbreakable Spirits presentations which take them across the country and the Arctic sharing music and cultural awareness workshops and songwriting workshops in schools. Their goal is to give back to communities and encourage Indigenous youth to pursue their dreams. They share knowledge with non-indigenous youth to help them discover Indigenous and Inuit cultures through music. Twin Flames are advocates for mental health, suicide prevention and healthy lifestyles. 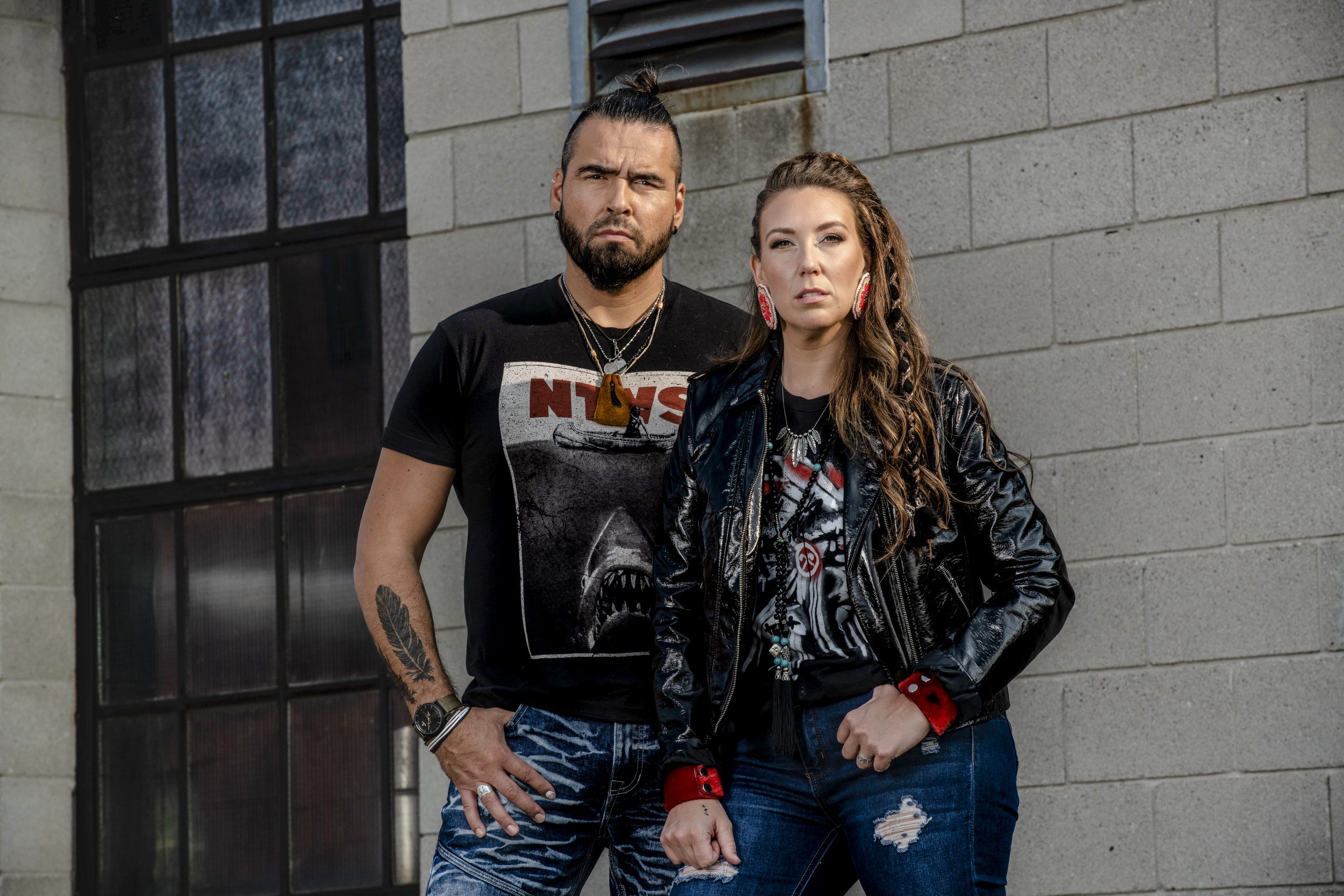