Theo Tams is rediscovering his identity as an artist. With his upcoming EP, the Canadian singer/songwriter demonstrates a remarkable command of R&B-laced pop music, his silky tenor the unwavering guiding light. As evidenced on lead single, “Therapy,” a sticky mid-tempo jam, Tams slides across the melody with an enrapturing charm, and his vulnerability is as much on display.

Two years since his last record, 2018’s Call the Doctor, what is most evident is his fearlessness to cannonball right into fresh sonic waves. “I knew that I really wanted to just dive into this evolution and a different sound. All the new music was an exercise in the spirit of saying yes to new things,” he says. “There’s so many times that I feel the industry or public perception put me in a box. Going into this project, I realized regardless of whether they put me in a box, it was my job to burst out of it.”

Tams also needed to rearrange tendencies to fall back into his own self-imposed creative categories. His songwriting remains at the heart of this new strain of pop, yet he peels back layers in ways he hadn’t explored before. “I just don’t know how to love you / Just don’t know how to be / Committed to you, baby / So effortlessly,” he sings, grappling with a resurging self-sabotage.

“It is definitely something that I continue to fight against and try to recognize. It’s about finding the person you’re meant to be with but not believing in your ability to love them the way they need it,” Tams explains of the song, “or the way you think you can give it. It’s about second guessing everything even though it feels perfect. You’re scared that it feels so right, so you start looking for what could be wrong.”

With the slow burning production of standout track, “Jekyll Hyde Love,” Tams explores both the positive and negative intensities he brings to his relationship. “I’m a total Cancer so I feel that when I’m on, I’m on,” he explains. “But when I’m off, I’m full on terrible. Part of growing older has been accepting my weaknesses and learning how to coast.” The song was written about those aspects in a relationship, accepting the fact that those extremes can also be what keeps things fresh, new, and exciting. “I’d rather be on a roller coaster than a merry-go-round any day,” says Tams.

Tams investigates his flaws on “Fixable,” which he explains is “really about stubbornness. “I think that’s one of my biggest weaknesses sometimes, being really hard headed. It can serve me well in certain situations but romantically it’s a downfall.” Through downtempo and smooth R&B, Tams expresses that wish to be more malleable and flexible, captured in the song’s refrain of “bend before the break.”

“[It’s] the moment where you really have to decide if things have gone too far, or if there is still passion to fix the cracks. [There is] also [the realization] that broken parts and fucked moments are an unfortunate part of having a heart,” he adds.

Out of Coaldale, a small town nestled in southern Alberta, Tams grew up in a fairly strict reformed Christian household. “I had a great childhood,” he says. “I’m still really close with my family.” However, the surrounding community never quite felt like home. For anyone perceived as slightly different, they were pushed to the fringes, left feeling alone and isolated.

Tams naturally turned to music, and church was the beginning of it all. “I had to go to church twice a Sunday, and that’s kind of when I was really introduced to music.” His family was highly musical, with both parents fully steeped in music and singing. “Music was always kind of a big part of the family and a big part of our holidays.”

He didn’t start actively writing, mostly poetry and creative pieces, until he was 14 or 15. Pulling from such influences as Jewel, Alanis Morissette, and Sarah McLachlan, as well as Canadian storytellers, Sarah Harmer and Sarah Slean, his ache to express himself soon spilled over into exploring songwriting. “I was trying to find a channel and a vessel to put those words and those stories and internal conflicts into songs,” he says.

Toward the end of the 2000s, Tams’ life took a hard left in many ways. First, he came out to his family, a decision that would open up his whole world. “Anyone who has had to go on the journey of coming out, I think you reach a point where you allow yourself to accept the fact that you might lose everything that you know,” he muses.

He went through a rough patch with his parents, but they have long since mended those fences. Meanwhile, his tenure on Canadian Idol came soon after, and he was tossed into a whirlwind of superstardom. “Outside of even the music and the career aspect of it, it was really nice to just be in a really liberal environment that was so supportive and so encouraging of living authentically. It really couldn’t have come at a better time, personally.”

Through several weeks of strenuous competition, he eventually rose victorious as that year’s winner and signed a major label record deal.

Tams issued his debut album, Give It All Away, in 2009 on Sony Music Canada. In the coming years, he released several EPs, including 2014’s Back Pocket and Call the Doctor (2018). Throughout all the fame and flashing lights, he struggled navigating a post-Idol image and a desire to branch out in his work.

“I think that the biggest struggle was having to live up to the expectations of the individual that I think was just a figment of people’s imaginations,” he reflects. “The first couple of records really were tough in that sense. I was trying to find my creative footing, learn the business a bit, and speak up for myself when things weren’t feeling right.”

Now, Theo Tams stands in a new kind of spotlight. He’s a step-father, a wondrous and joyful responsibility that has given him a new lease on life and inspired him in his music. “I remember having a conversation with my step-daughter maybe a year and a half ago. And we were just talking about authenticity and just having the courage to be yourself and all of these things,” he says. “I just kind of had this eye-opening moment where I thought, ‘It’s hypocritical of me to be encouraging her to do all of these things and be comfortable with herself when I am not. It was a very quick shift for me.”

That’s where his EP comes into the picture. Songs like “Therapy,” “Fixable,” and “Jekyll Hyde Love.” accentuate this cosmic personal shift. The music drowns the senses, oozing with intimate lyrics and style, and his sinewy vocals bear the listener through plush soundscapes. He is unapologetically himself, and it would seem Theo Tams has finally found his place in the world. 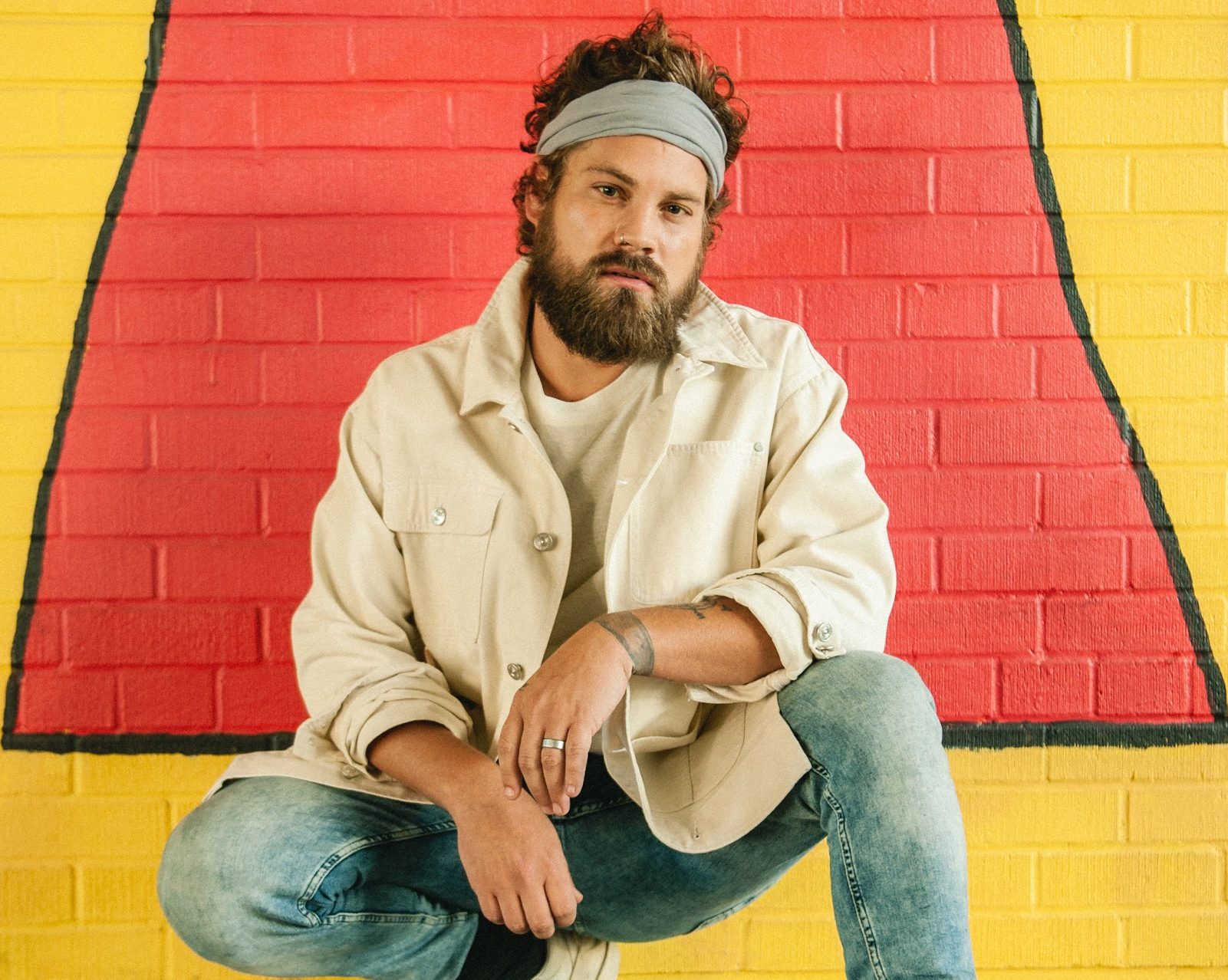