Teria comes from a creative, musical family and began dancing and performing at the age of 3. She is a
Singer/Lyricist and Dancer/Choreographer. Canadian born and of Mediterranean/Latin decent, living in
Hollywood, Ca for the past 11 years, she has performed worldwide. Teria completed her first all english
pop/dance track “Takin’ Me Higher” (now available on iTunes) co-written by Teria &amp; Joelle Sahar,
produced by female British producer Sammy Jay (worked with the Pussycat Dolls). Teria was part of Los
Angeles based “LSA” Latin Supremo Allstars (Latin/Urban Trio). Their album “El Clasico” is available on
iTunes. There are 7 re-mixes of her song &quot;Salvador&quot; from a previous collaboration with Alexander Perls,
released By Dion Mavath and friends on BLUSH RECORDS. Those remixes have been heard in Dubai,
Australia, Spain, Greece, France, Germany, Italy, Poland, Canada and The U.S.A. They can be found on
the iTunes and on many other sites for download. They appear on various house music compilations
including IBIZA WORLD CLUB TOUR 2011. Teria is a Special Guest Singer &amp; Dancer with top Los Angeles
Salsa band, Sangre Nueva. Her singing styles vary from Latin, pop to jazz, rock and soul.
Teria is former two time Jr. Canadian National Rhythmic Gymnastics Champion, 5 time Provincial
Champion and a Canadian National Team Member. The 60th Anniversary of Rhythmic Gymnastics in
Canada was celebrated in late January 2010 at The Koop Cup International Gala and Competition that 15
countries around the world attended and participated in at Toronto's Metro Convention Centre. Teria
performed and choreographed a Bollywood/Rhythmic Fusion. She was recognized as former Canadian
Champ and former KOOP Cup winner and was a creative contributor to the event. Teria also contributed
choreography for Canada's 2012 Olympic Team &amp; has performed with them at their gym club's year-end
event in 2011.
Teria is also the founder of Azucar Picante Entertainment which has 60 performance artists in its roster!!
They perform all around the world and at a variety of events. Azucar Picante dancers &amp; choreography
were featured at The Alex Theatre's L.A'S BEST DANCERS REVUE! Teria was a featured singer as well.
They also performed Samba at The Playboy Mansion in 2010 and an International Show at a Poker Kings
event in Dublin, Ireland featuring world class darbuka player, Issam Houshan.
This talented artist is also a member of the World Famous Los Rumberos Dance Company partnering
with one of the creators of Los Angeles style salsa, Francisco Vazquez. She is also part of top Bollywood
Dance companies in the USA, The BellyTwins and Karmagraphy and popular Belly Dance company,
Bohemia. Teria is very well known in the Los Angeles dance community for her Belly Dance/Rhythmic
Gymnastics Fusion with Latin, Belly &amp; Bollywood. She is considered a fusion specialist.
Choreography credits include, hiphop/bollywood choreography, appeared in &amp; was associate producer
for, film &quot;Bollywood Invasion.&quot; by Shaan Dasani that has numerous awards at film festivals this year! She 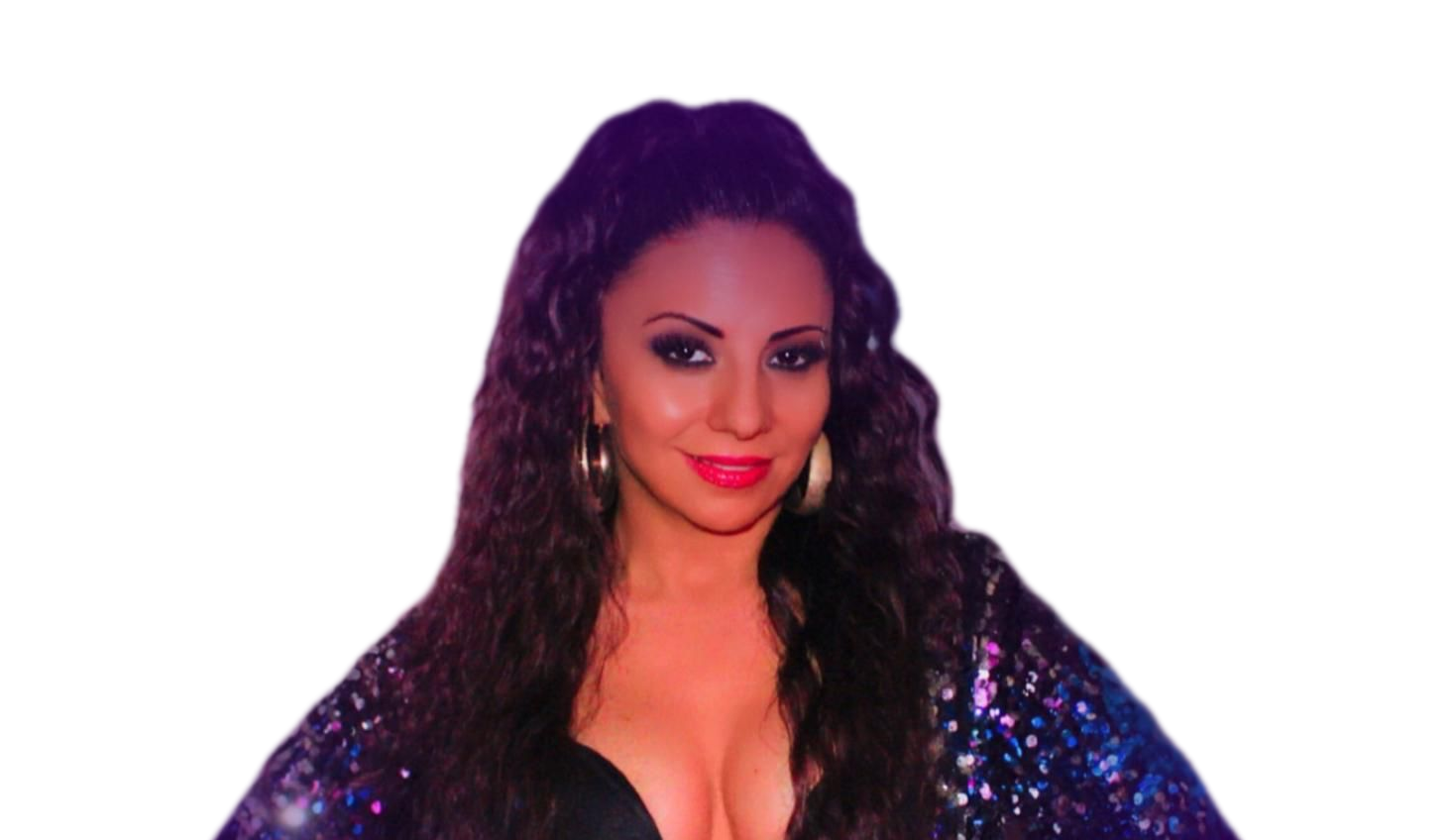