Legendary Skanksters – Maximum Party
The sympathetic seven from Schwieberdingen, Baden-Württemberg, have prescribed themselves for over two decades in the Jamaican dance music – ska.
The energy loaded sound of SPICY ROOTS is like a ticking party bomb and impresses with melodic Third Wave Ska.
The driving rhythms make their concerts an unleashed live experience. Additionally – brass and vocal melodies make their songs really catchy ones.
Back in 1994 -enthusiastic for ska music – the boys founded a band out of a big crowd of friends.
They played with all international well known ska acts and SPICY ROOTS delighted in the 1990s the stages with their completely own sound.
In the following years they appeared all across Europe and published numerous
songs on a total of four albums.
Finally they immortalized in the Hall of Fame of German ska acts with their Japan tour and their concert in Moscow in Spring 2017 .
But even after more than 25 years, the band doesn ́t talk about recreation.
SPICY ROOTS released a new album in 2019, which is called ́Penny Black ́ and also a new single ´Coconut woman’ which is ready for summer 2021. Hopefully this autumn they can continue their biggest passion – playing concerts for an enthusiastic audience and performing live at the CMW next year. 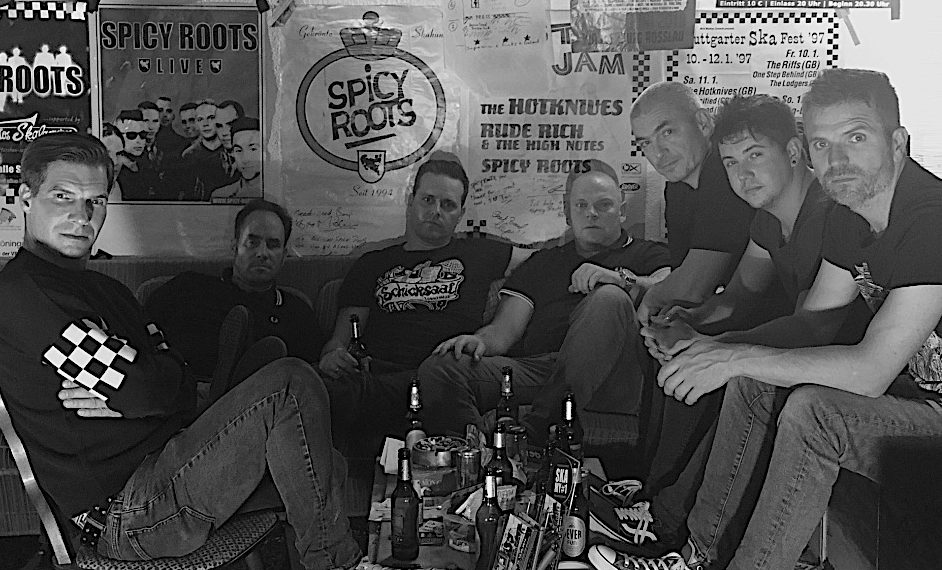