Based out of Vancouver British Columbia, Spendo is made up of four like-hearted, experienced multi-instrumentalists. Sharing a love for modern & classic rock, they exude a 1970’s California vibe, drawing inspiration from and paying respect to the music of that timeless era. Live, the band consistently delivers tight, engaging, feel-good performances that leave audiences craving more.

Following the release of the seven-track EP “Waiting For Years…” in May 2018, Spendo spent the next two years headlining hometown shows, playing festival dates in Toronto, ON, and touring the interior of BC. After introducing a new lineup in March 2020, they found themselves in a state of involuntary hibernation (along with the rest of the world).

As the world reopened, Spendo ventured into the “Great Unknown”, turning heads with their well-received single “Fighter,” followed recently by their second single “Easy to Lie”, both of which were recorded with Canadian producer Danny Craig (Default, One Bad Son). Armed with an entire pandemic’s worth of new material, Spendo was finally able to showcase their work in the annual “Best in
Vancouver” competition. Winning over fans and judges alike, the band took home the 1st place trophy and have been delivering top-tier performances ever since.

Their jam-packed summer schedule has seen them headline several shows in Western Canada and rub elbows with Canadian Rock Royalty (PRISM, 54-40, and Daniel Wesley, among others) at various festivals & events. These four fine gentlemen have been itching to show the world what they’re capable of, and their journey is only just beginning. 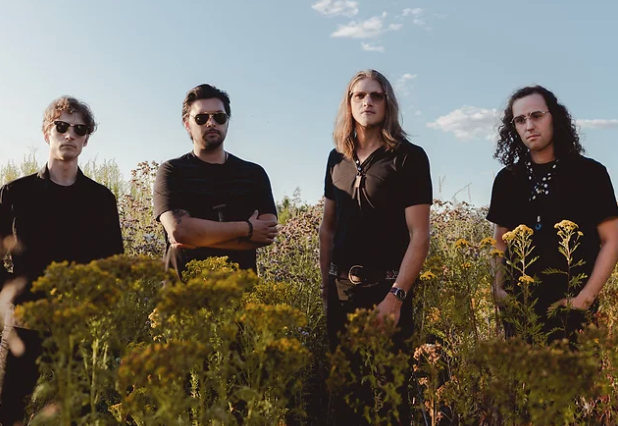