Shumaila Hemani, Ph.D. in Music from the University of Alberta and Former Music Faculty, Semester at Sea, Spring 2020 voyage, is an Alberta-based Sufi singer-songwriter, acousmatic composer, sing-style poet, spoken word artist, and traditional performer. Her composition: Perils of Heavy Rainfall, received a Second Prize at the Listening During COVID contest by the Canadian Association of Sonic Ecology (CASE). The pioneering Canadian soundscape composer Hildegard Westerkamp applauded her for beautifully taking the listeners to an immersive world of different music, chanting, and drones.

Hemani has performed at the FACTOR-funded International Women’s Day (2021) Femme Wave Festival (2019) and the World Odyssey (2020) and presented virtual showcases for the Alberta Musical Theatre’s A World of Stories (2020), CJSW’s A Drop and the Turning (2021), and the Starlite Spotlight Sessions (2021), CJSR’s From Here We Go Sublime (2021). Her acousmatic compositions have been curated at the University of Alberta as sound installations and Society for Ethnomusicology’s R.L. Stevenson Prize (2016), Sounding Board (2020), and Annual Concert (2020). Once upon a time in Kobe, Japan, commissioned by The New Music Edmonton and published in their No Normal Podcast, Episode 5 (2021) reflects Hemani’s versatility as a music composer.

Hemani’s original: Anticipating was featured in the Cross-Canada tour for Suicide Prevention Awareness and Hope (2020) has been critically acclaimed for expressing “a visceral emotionality and a deep musicality expertly ushering listeners into a place of contemplation and consideration” (John Wright at Radio Airplay, 2020). Living with Purpose was #1 on Ethnocloud’s world music charts since January 2020 to Nov 2020 and will be published in Alberta’s literary feminist magazine: New Forum (June 2021).

Her traditional vocal performance crosses gender boundaries while singing Pakistani songs of Muslim heritage, which men typically perform. Her upcoming album is based around the concept of supplication and saint worship. These practices are braced by many religious cultures yet still resisted by mainstream orthodoxies who deem them as superstitious and illegitimate. Her musical poetry works to decolonize intercultural conversations by resisting cultural essentialism and binary mindset. Supported by the Cultural Diversity Award, Hemani will release her album trilogy: Awakening and Mannat, in 2021. Currently, Hemani is RBC’s Emerging Sounding Artist hosted by the Nina Hoggart Arts Gallery, Edmonton where she would work with an intelligent group of 6 visual artists with developmental disabilities to curate new sound artworks in Spring/Summer of 2021. 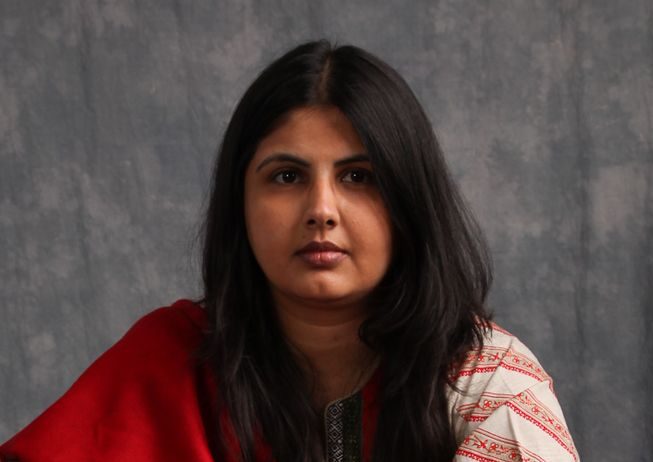